Perhaps the biggest factor impacting trade volume between the two nations will be the exchange rate itself.

There are no two ways about it: relations between the US and China, the world’s two largest economies, deteriorated dramatically under outgoing President Donald Trump’s watch.

As a brief summary, Trump cast doubt on the sacred “One China” policy before even taking up residence in the White House, followed that afront with a series of tit-for-tat tariffs that eventually erupted into a full ‘trade war’ impacting over $300B in Chinese exports, and completed his Presidency by repeatedly blaming the country for its handling of the COVID-19 (“China Virus”) pandemic. As he leaves office, some political observers believe that a new ‘Cold War’ is emerging between the two nations.

So now that Trump is on his way out, surely the US and China will be able to repair their strained relationship, right? Unfortunately, it’s not that simple.

While the Trump administration was particularly aggressive and bellicose toward the Middle Kingdom, his actions were reflective of a populace with generally unfavorable views of China. According to a recent Pew Research Center poll, nearly three-quarters of US adults (73%) had an unfavorable view of China, a figure that has risen dramatically since 2018. 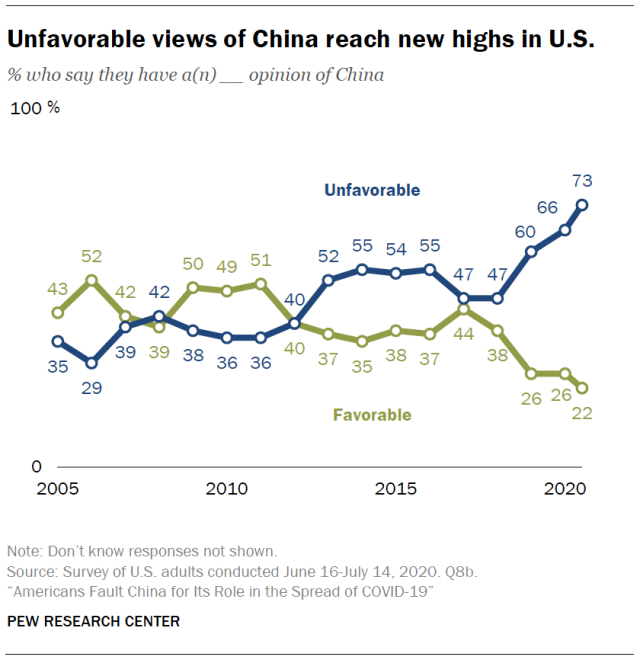 Crucially, this skeptical view toward China was shared by both parties, suggesting that a Biden presidency may not usher in a golden age of cooperation between the two countries. 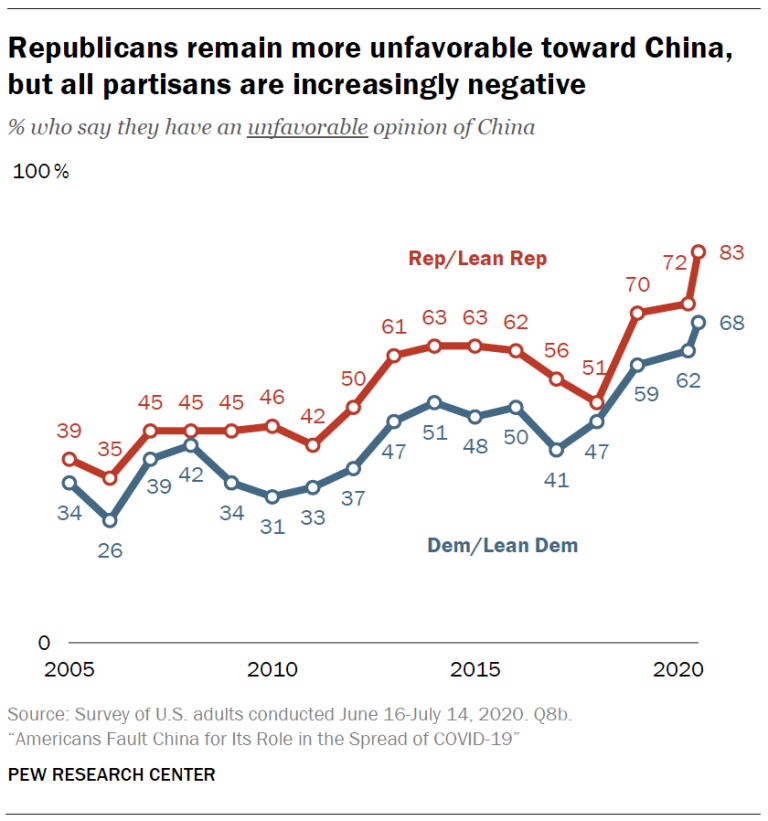 In the words of Jin Canrong, associate dean of the School of International Studies at the Renmin University of China in Beijing, ‘to contain and confront China is a strategic consensus between the two parties of the US.’

So, what can we expect from the planet’s most important economic relationship in 2021 and beyond?

Reading the tea leaves, it appears that US policy may shift more toward multi-lateral containment of China, rather than direct economic conflict. For example, Biden’s team is more likely to reach out to traditional democratic allies in the region, appealing to the importance of shared values around human rights, democratic principles and market economies in an attempt to limit China’s expansion. The campaign could even use the removal of Trump’s tariffs as a possible ‘bargaining chip’ in negotiations moving forward.

Of course, China will likely view any such policies as interference into its domestic affairs, so we wouldn’t expect a sudden shift toward a close alliance any time soon. That said, there may still be limited opportunities for the two powers to cooperate on global issues such as vaccine distribution and climate change. The graphic below highlights the expectations for some of the high-profile conflicts between the two nations. 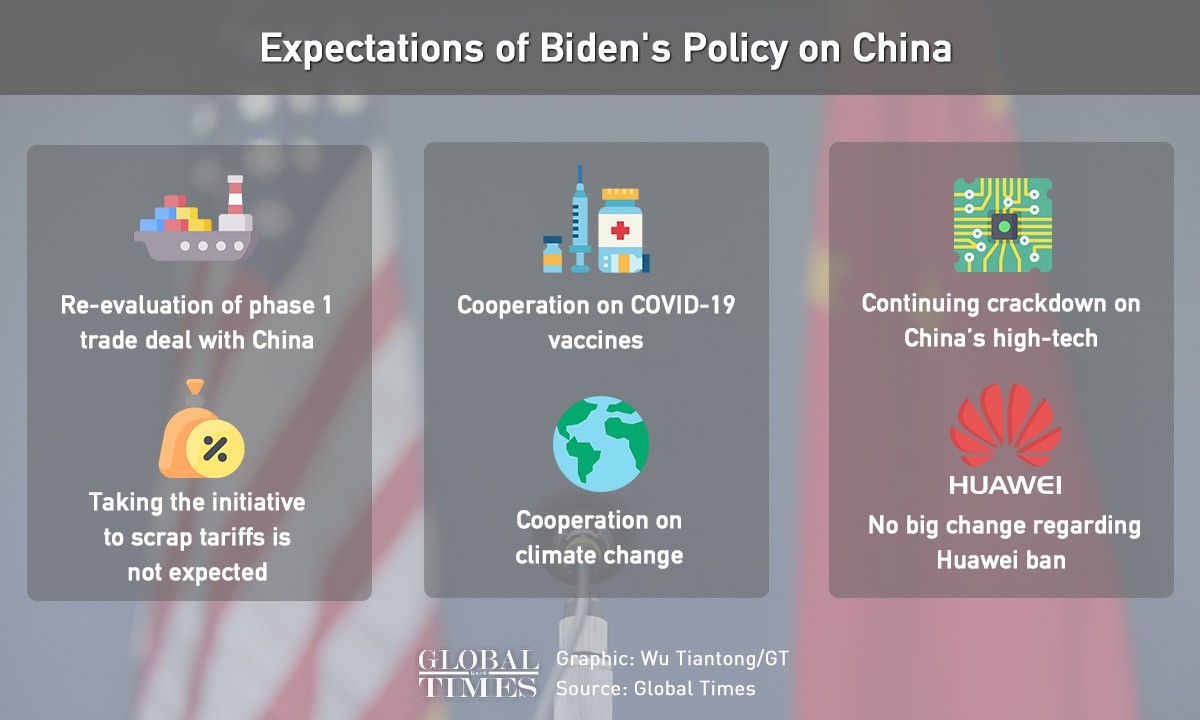 While these geopolitical narratives will certainly have a major impact on relations and trade between the US and China in years to come, perhaps the biggest factor impacting trade volume between the two nations will be the exchange rate itself.

From a purely mechanical perspective, a decrease in the value of one currency relative to another makes that country’s exports more affordable and appealing. Since mid-2020, the has depreciated in general and fallen sharply against the in particular. After averaging around 7.05 over the previous year, USD/CNH has consistently traded lower in the second half of 2020 to trade down around 6.55 as of writing in mid-November. 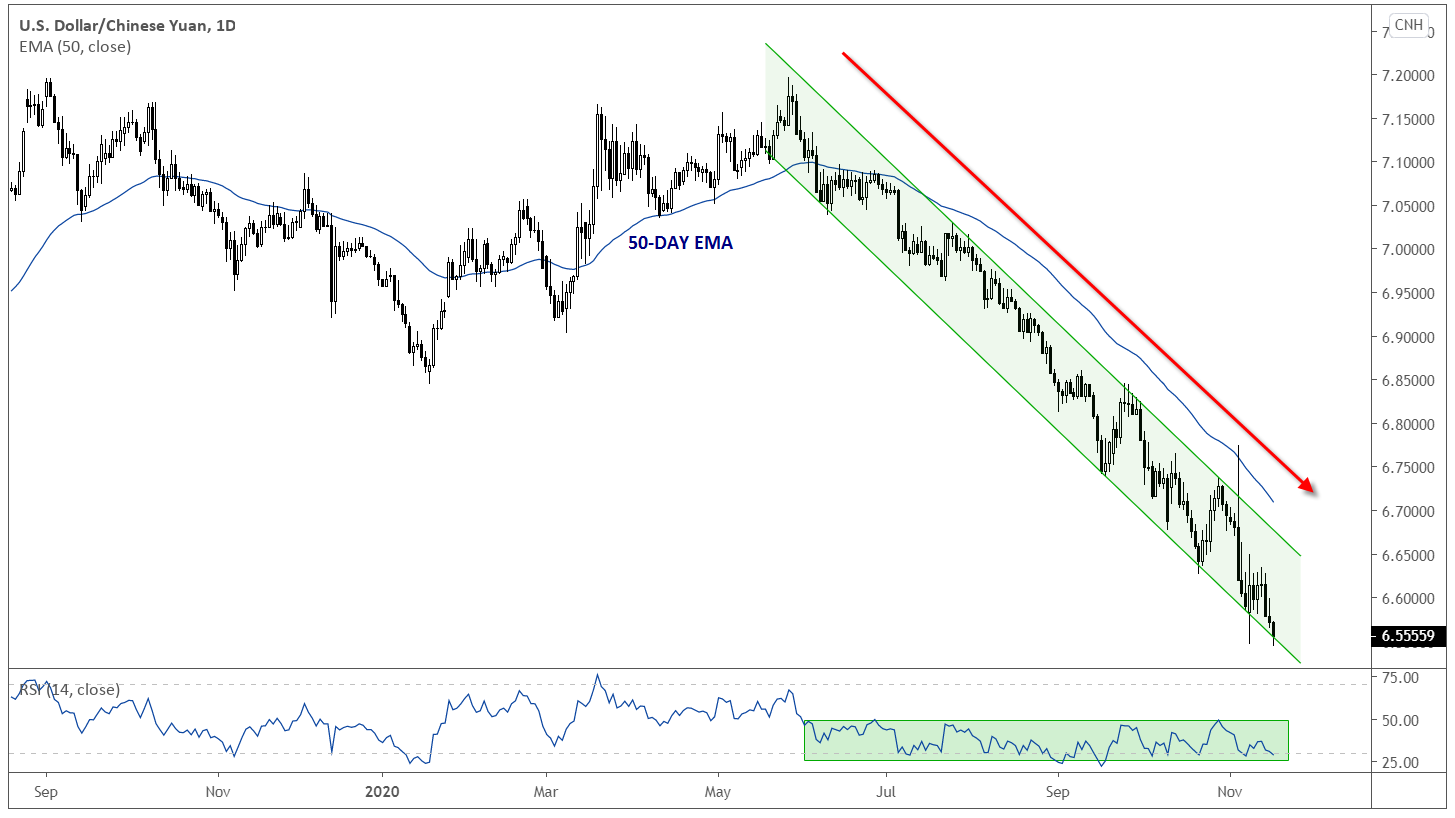 All else equal, this ~10% depreciation in the value of the US dollar (if maintained) could boost US exports to China by more than the four-year-and-counting trade war. So far, there’s been no sign that Chinese policymakers are uncomfortable with the strength of the yuan, noting that the strong currency reflects the country’s world-leading COVID-19 containment and the relatively high interest rates offered on government debt. The signing of the massive Regional Comprehensive Economic Partnership (RCEP) trade deal spanning 15 countries, 2.2 billion people, and $26 trillion of economic output has also helped boost asset prices in China and the broader Asia-Pacific region.

Moving forward, Chinese authorities may still look to slow the renminbi’s appreciation as one of many international negotiating levers, but as long as China’s currency remains relatively strong, it may reduce the urgency for US authorities to increase economic pressure on the Middle Kingdom.

As we’ve seen over the past four years, the US-China exchange rate can serve as a real-time indicator of the international tensions between the US and China, so USD/CNH will be one of the most important markets to watch into 2021 and beyond.