Wednesday’s decision is a bit of a placeholder because they were never expected to taper this month, but markets will be carefully looking for signs of an October taper in the statement. There is unlikely to be a surprise as there is no press conference scheduled for today. The is stronger across the board except against and . is again the weakest, but is stabilizing. A US could also be market moving later today. 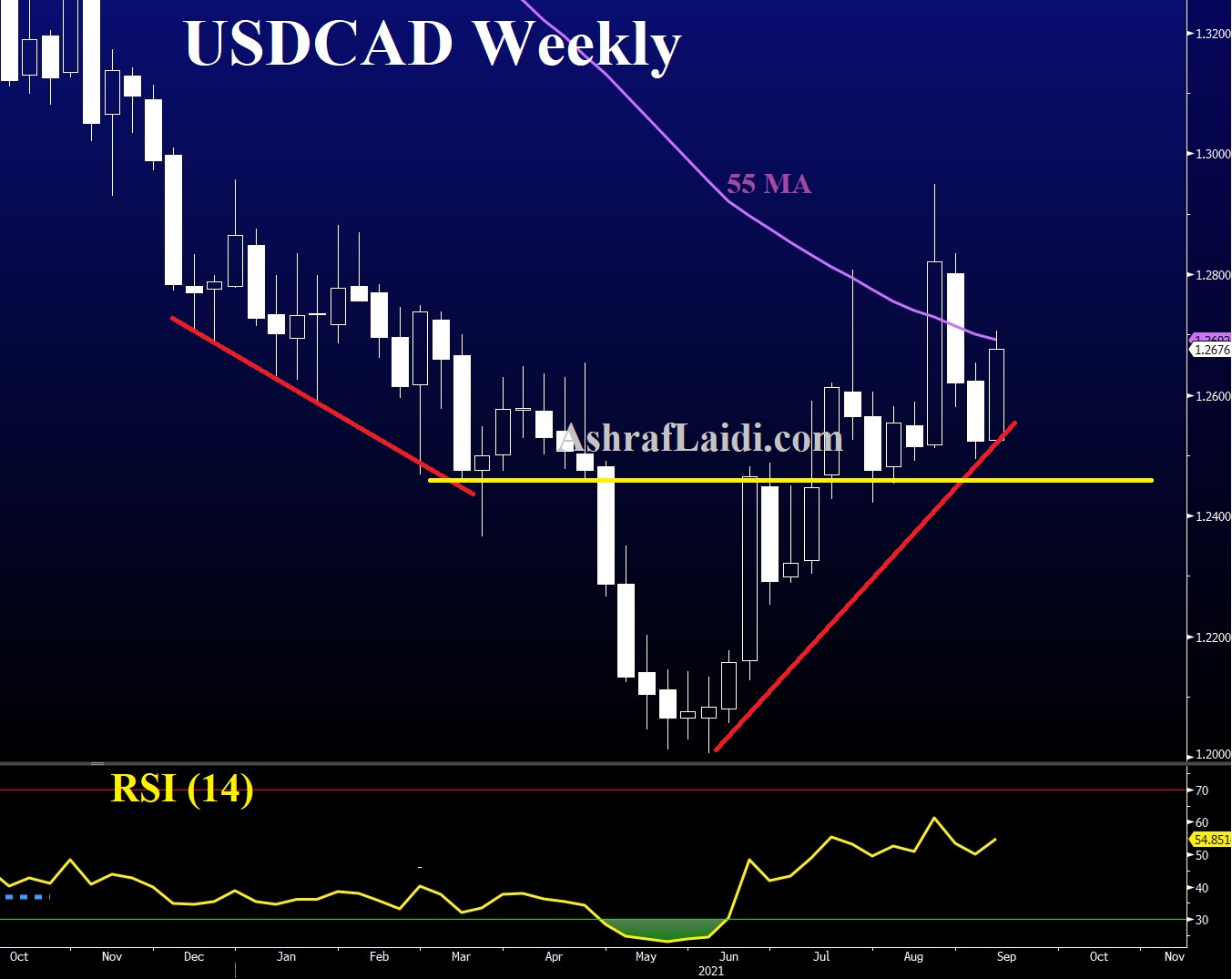 The BOC has led markets to believe it will taper every second meeting; so after tapering to $2 billion from $3 billion in July, today’s meeting is expected to be a non-event meeting.

Nonetheless, this is an opportunity for Macklem to pre-emptively hint that a taper isn’t coming in at the Oct.27 meeting, or put that squarely on the table. However the reasons for doing that are outweighed by the reasons to wait and see.

The main negative developments since July have been the delta wave in the US and the major disappointment in Q2 Canadian along with the July preliminary estimate. A major drag has come from slower housing sale activity and lower exports due to automotive bottlenecks – two issues that are likely to persist.

At the same time, Canadian vaccination rates are high and the current reopening outlook is good. Perhaps most importantly, Canada is two weeks away from an election and emphasizing a slowdown and halting the taper could be viewed as political meddling.

The most likely outcome is that the BOC highlights renewed uncertainty but maintains the already-vague guidance on QE, which says that “decisions regarding further adjustments to the pace of net bond purchases will be guided by Governing Council’s ongoing assessment of the strength and durability of the recovery.”

Given Monday’s dump in the loonie, that might be enough to draw a line under the currency for now. Note though that Macklem will also speak on Thursday and could fine-tune the message then.

In the bigger picture, the Canadian dollar was caught in a broad USD bid on Monday as Treasury yields rose. There are a number of theories on why yields have pushed up since but one is simply that it’s a concession ahead of supply. $58B three-year notes were sold Tuesday, $38B of 10s are coming Wednesday and $24B of 30s are due Thursday. If demand is strong, the trend higher in yields could be short-lived.

Disclaimer: Fusion Media would like to remind you that the data contained in this website is not necessarily real-time nor accurate. All CFDs (stocks, indexes, futures) and Forex prices are not provided by exchanges but rather by market makers, and so prices may not be accurate and may differ from the actual market price, meaning prices are indicative and not appropriate for trading purposes. Therefore Fusion Media doesn`t bear any responsibility for any trading losses you might incur as a result of using this data.
See also  Kimchi premium collapses: Short-term top signal or a reset for Bitcoin?