The USDJPY as well below its lower trendline on the hourly chart at 103.76. The pair is trading to a new session low. The next target comes in at 103.56 to 103.60.  A break below that level puts the pair in the lower extremes for the month of November. The floor from November 6 and November 9 came in at 103.176.

Taking a broader look at the daily chart below, the low for the month of November fell short of a swing low going back to March at 103.066. That level will also be targeted.

The move lower today has also extended below swing lows from July September and October between 103.99 and 104.18. That increases the bearish bias.  Risk from the daily chart is for a move back above that level. Stay below is more bearish 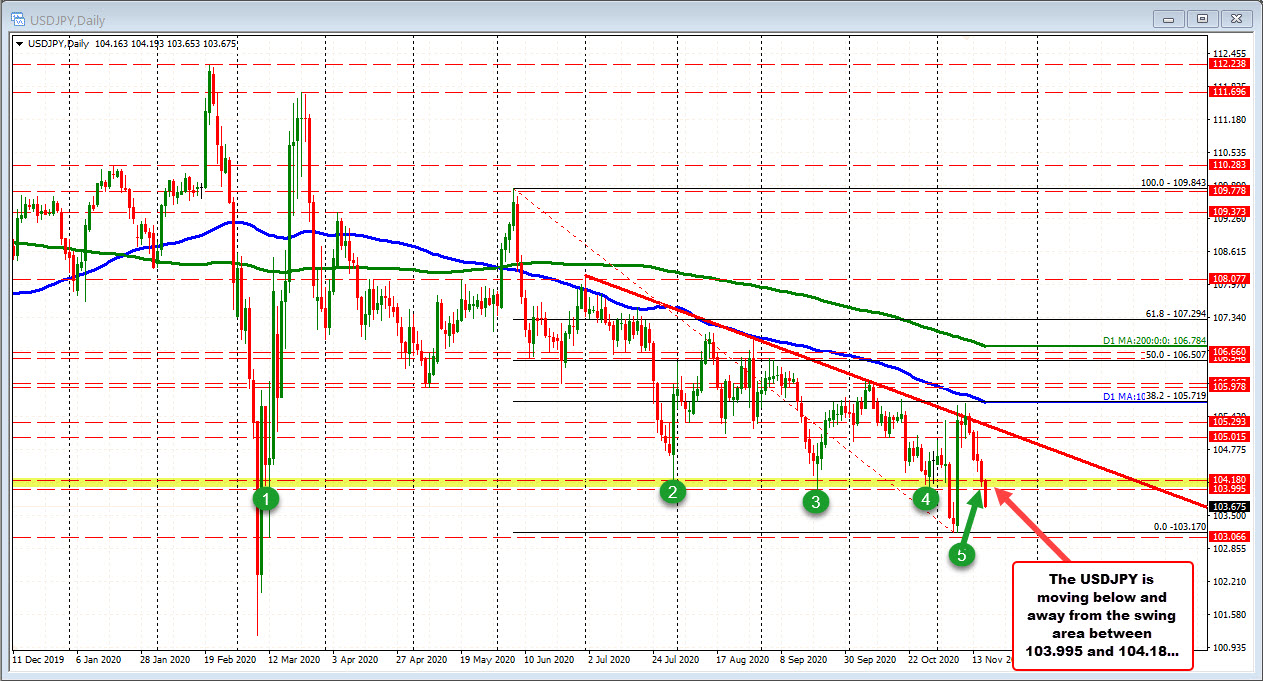 The extension to new lows has increased the USDJPY range for the day to 54 pips (from 41 earlier). That is still lower than the 70 pip average seen over the last month of trading.
For bank trade ideas, check out eFX Plus him