The market looks a bit tired so I suspect that the next 24 hours will be more of a negative attitude than anything else, but whether or not it truly matters is a completely different discussion.

The US dollar has rallied initially during the trading session on Thursday but looks to be running out of momentum just above the 1.26 level. By doing so, we have formed a bit of a shooting star in an area that previously had been rather resistive, so it is worth noting and paying close attention to. Quite frankly, oil looks as if it is ready to turn around as well, so if we see a bounce in the oil market, we are very likely going to see this market pullback.

The shooting star will attract a lot of attention, but that is not a guarantee that we are going to fall apart. It is worth noting that the top of the candlestick was identical to the top of a previous shooting star back on October 6, so there is obviously a lot of selling pressure right around the 1.2650 level. A pullback is probably necessary, but the question now is whether or not this pullback is going to be of a larger nature, or if it is just simply going to be a slight pullback in what has been a rather strong move to the upside?

The 200 day EMA currently sits just below, so there is a certain amount of attention paid to that. I think a pullback that slices through there rather handily might get sellers involved, but as things stand right now this simply looks like a market that is a little overextended. This means that we may get a day or two of negativity, followed by a resumption of the trend. If we were to break down below the 1.25 level, then I might be more convinced that we break down significantly. This would almost certainly have to coincide with the oil market getting a lot stronger, but even then it is not a guarantee. After all, we have seen oil rally right along with the US dollar at times, so you should always remember that the oil to Canadian dollar correlation is not 100%. In fact, there are no 100% correlations out there. Regardless, this is a market that looks like it is a bit tired so I suspect that the next 24 hours will be more of a negative attitude than anything else, but whether or not it truly matters is a completely different discussion. 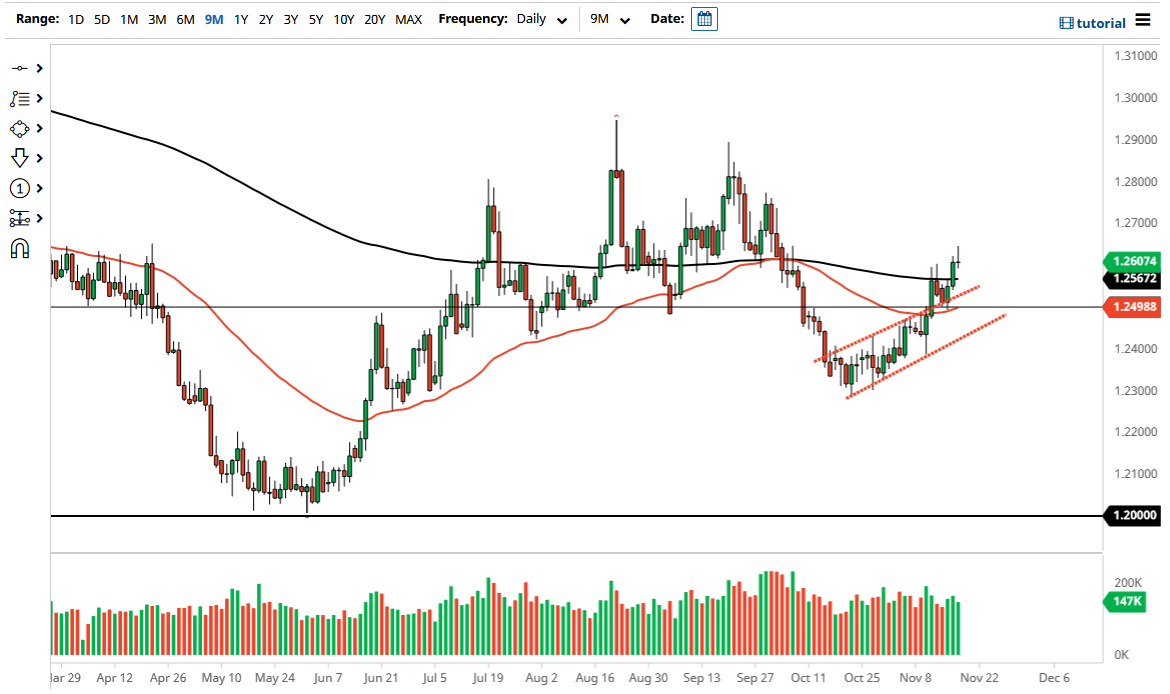