I think we will continue to see more upward pressure as this pullback has been somewhat severe.

The US dollar pulled back just a bit on Monday, but as you can see, we have turned around to show signs of strength again. At this point, we are sitting at the 5.58 BRL level, which is also an area where we had previously seen resistance. The market has formed a bit of a hammer-shaped candlestick, which suggests that we would have buyers on dips. If we can break above the top of the highs of both Friday and Monday, then it is likely that we would see the US dollar rally towards the 5.7 BRL level.

See also  USD/JPY inches back above 113.00 as bond yields creep higher on the day

We have recently tested the 50% Fibonacci retracement level to kick off this massive “V-shaped pattern”, which is a very bullish sign in and of itself. The “V-shaped pattern” is a hard fractal that suggests there has been a lot of buying. Ultimately, if we do pull back from here it is likely that the 50-day EMA will concern the market, which is currently sitting at the 5.48 BRL level that is an area that I think will offer plenty of support, but if we break down below there it opens up the possibility of a move down to the 200-day EMA, which is currently at the 5.35 BRL level, and perhaps even more importantly from a technical analysis standpoint, the 61.8% Fibonacci retracement level.

The one thing that you will probably be paying the most attention to is the coronavirus figures in Brazil, which have been a bit of a fluctuating mess. Beyond that, the US dollar strengthening overall will hit emerging market currencies much harder, of which the Brazilian real is a major one. With the US dollar strengthening, that puts a lot of pressure on a currency like the Brazilian real, so I think we will continue to see more upward pressure as this pullback has been somewhat severe, but it has most certainly turned right back around in a manner that suggests that we have much further to go. Bond yields in America continue to rise, and that has put upward pressure on the greenback. If we continue to see concerns around the world, that is going to eviscerate commodity currencies like the BRL. 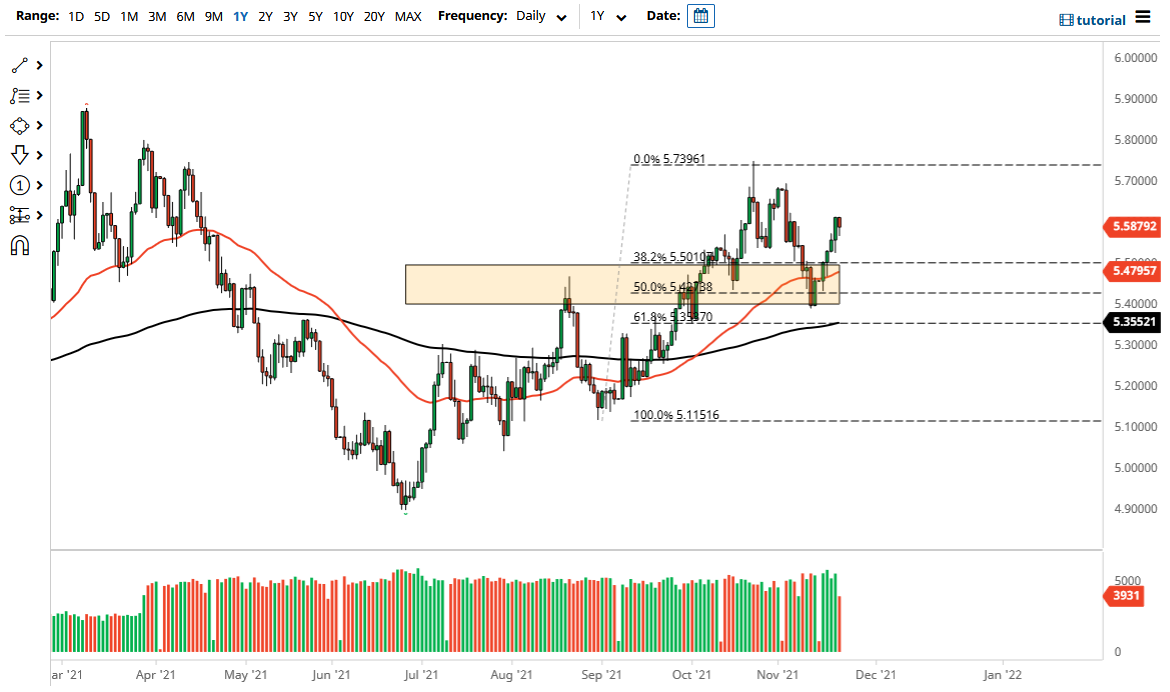