I favor the downside in the short term and get aggressively short below 1.25 underneath.

The US dollar has initially tried to rally against the Canadian dollar during the trading session on Thursday but gave the gains back to slice through the 1.26 level. This is an interesting area for me, due to the multitude of technical analysis indicators that suggest support in this area. The 200 day EMA sits at the 1.26 level, which of course is a large, round, psychologically significant figure in the beginning of support that extends down to the 1.25 handle. Furthermore, there is also an uptrend line that is slicing through this area, and the 50 day EMA is sitting just below.

The size of the candlestick is not that big of a deal, but it is bigger than the previous ones and of course has closed towards the bottom of the range instead of bouncing back. Because of this, it looks as if the market is trying to break down, but it is not confirmed until we get below the 1.25 handle. If we break down below there, then the market is likely to go much lower, perhaps reaching towards 1.24 handle. All things been equal, you should also pay close attention to the crude oil markets, as they have a major influence on the Canadian dollar.

To the upside, if we were to break above the 1.2650 level, then the market could go much higher, perhaps reaching towards the 1.27 handle, before going towards the 1.28 level. That would obviously be very pro-US dollar, as the Dollar could continue to go much higher based upon that move. The trend certainly was changing, and we are getting close to the idea of the 50 day EMA trying to cross back above the 200 day EMA. That of course is the so-called “golden cross”, and therefore is something that you would have to pay close attention to as it would be a longer-term “buy-and-hold” type of indicator.

I believe that the jobs number on Friday is going to have a major influence on what happens next, so by the end of the day on Friday we should have quite a bit of clarity as to where we are going next. It certainly looks as if we are favoring the downside at the moment, but that announcement could change things rather rapidly as per usual. I favor the downside in the short term and get aggressively short below 1.25 underneath. 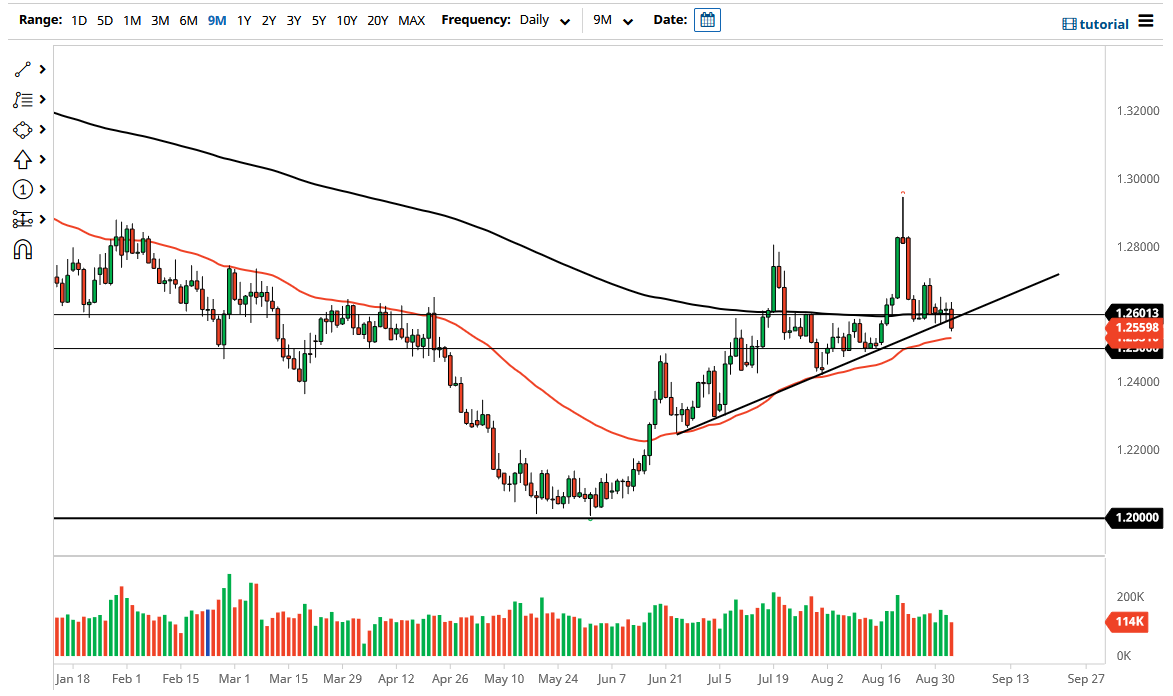