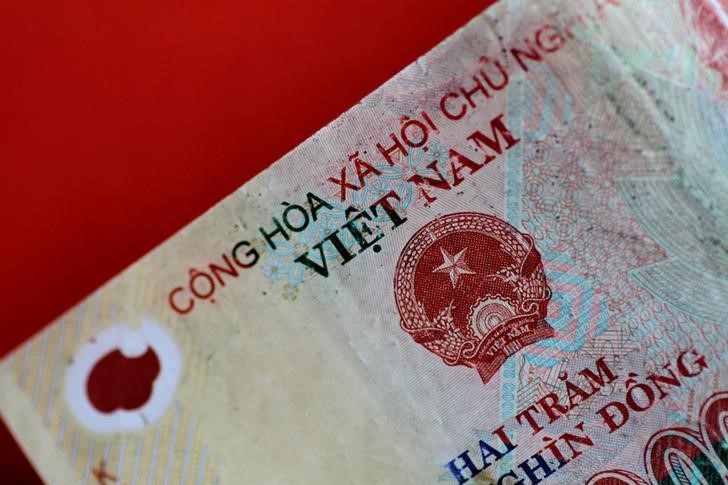 (Bloomberg) — An investigation by the U.S. Treasury Department found that Vietnam deliberately undervalued its currency by about 4.7% against the dollar in 2019, according to a letter sent to the U.S. Commerce Department.

The State Bank of Vietnam, the nation’s central bank, facilitated net purchases of about $22 billion worth of foreign exchange last year, which had the effect of undervaluing the dong in a range of 4.2% to 5.2%, according to the letter. The purchases were estimated to have pushed down Vietnam’s real effective exchange rate by 3.5% to 4.8%.

The Treasury’s assessment is part of an investigation by the Commerce Department into alleged subsidies on passenger vehicle and light truck tires from Vietnam. A new federal rule published this year in the U.S. allows the Commerce Department to treat currency undervaluation as a factor in determining countervailing duties on a trading partner.

Vietnam’s Ministry of Foreign Affairs didn’t immediately respond to an email request for comment, while a representative for the central bank wasn’t immediately available to comment.

The Treasury’s move is a sign that the U.S. could cite Vietnam for a second violation in a semi-annual report on foreign exchange policies of major trading partners.

In the January release of that report, Vietnam was judged to have violated just one of three criteria that the Treasury uses to assess a currency manipulator — namely, it had a bilateral goods surplus of $47 billion, the sixth-highest among the U.S.’s major trading partners. Economies with at least two violations are added to a monitoring list.