Yesterday, traders were really surprised as the UK dropped to 60.3 points from 60.4 points, whereas economists had expected a deeper decline to 60.1 points. Although the final data exceeded the forecast, the showed no reaction.

Meanwhile, the US turned out to be more significant for the British pound than the UK statistics. Analysts had foreseen a jump at least of 500 thousand ahead of the publication of the US Labor Department report. However, the indicator increased just by 374 thousand, reflecting quite a healthy labor market condition. Nevertheless, now the US Labor Department report is likely to be less positive than expected.

Against this background, the immediately began losing value. The final figures on the manufacturing PMI only deteriorated the situation. Thus, the indicator slid to 61.1 points from 63.4 points, being below the forecast of a smaller drop to 61.2 points.

Today, the greenback has every chance to recoup some of its losses amid the publication of the US data. According to the forecast, the number of claims is likely to go on sliding. In particular, the number of first-time claims may decrease by 13 thousand, whereas the number of may fall by 47 thousand. Although a decline in the indicator is not significant, it is still a very positive factor.

The pound/dollar pair has been trading within the range of 1.3730/1.3800 for the fourth day in a row. The 38.2 Fibonacci line acts as a lower limit of the range, whereas the resistance level stands for the upper limit.

The RSI technical indicator is hovering near the 50 level. It is a neutral signal that proves the market stagnation.

On the daily chart, we can see a correctional movement from the support level of 1.3600. The sideways movement appeared at the peak of the correction.

The pound/dollar pair is likely to continue hovering within the channel of 1.3730/1.3800 for some time. Traders should prepare for acceleration and choose the strategy based on a break of either limit.

Buy positions could be opened if the price consolidates above 1.3800.

Sell orders could be initiated below 1.3725.

Judging by the short-term and daily charts where the price is fluctuating near the upper limit of the range, the complex indicator analysis provides a buy signal. 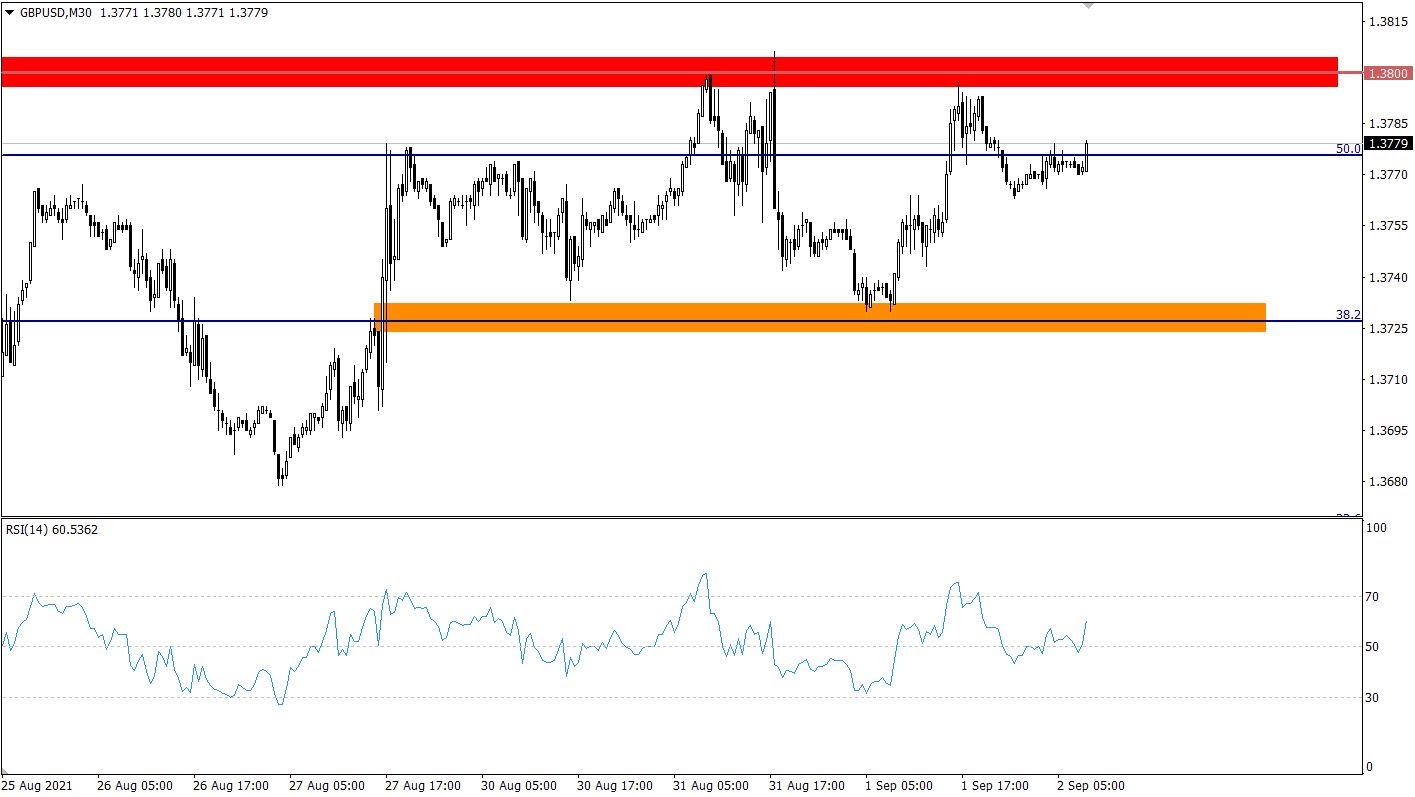