Global markets are under increased pressure after recent highs, and as is often the case, the first signs of the reversal were seen in debt markets. Since the beginning of last week, yields on US long-term government bonds have steadily climbed from 0.9% to 1.12% for Treasuries, the highest level since March.

The rally is attributed to the strengthening hopes for stimulus, which are scheduled to be announced today. A massive relief package will cause a rise in inflationary expectations, increasing the yield on government bonds. 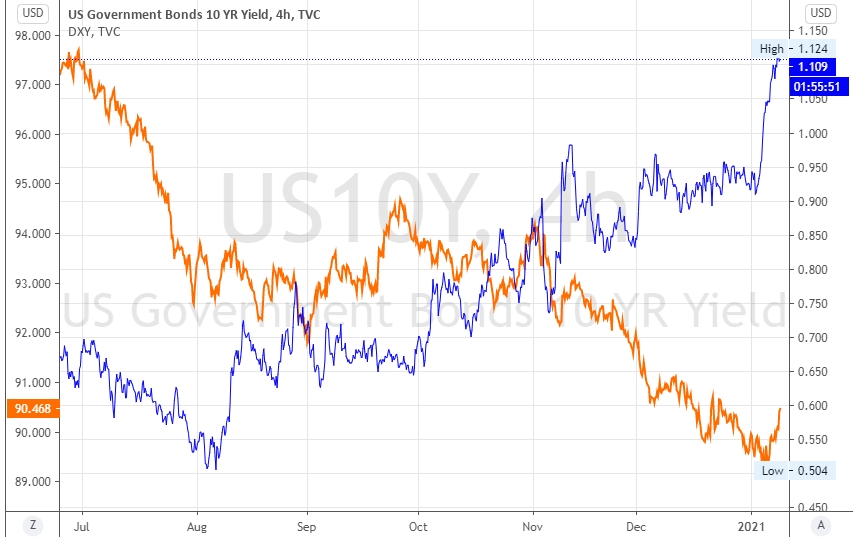 Over the week UST10 Yields have steadily climbed

The US Treasury could benefit from the strengthening of the dollar as a sign of the resilience of the global reserve currency after a prolonged recession. This should support the demand for US government bonds.

The rise in long-term bond yields is a signal of confidence in economic recovery. But it comes at a price, and the question is whether that price is too high to tolerate.

The rise in yields raises the cost of servicing US government debt, bad news for the government, which is to issue more than $5 trillion in bonds next year for aid packages and reissue of expiring bonds.

Previously, many expected the Fed to indicate its intentions to keep long-term bond yields under control. So far, the FOMC has avoided direct indications of this, as market forces were already pushing yields towards the floor.

A further rally in yields could force the Fed to take this step, but a little over two weeks before the next meeting.

It often happens that the markets seem to be demanding more easing from the Fed just ahead of important meetings, and those moves echo painfully in many markets. 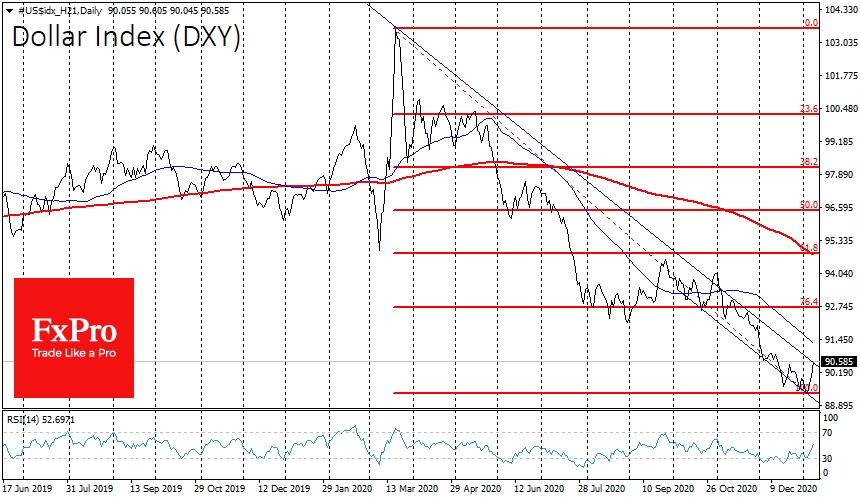 We are already seeing a sharp sell-off in . At the beginning of trading on Monday, the price of an ounce fell under $1820, temporarily moving to the area below the 200-day average. This line has been supporting gold for over two years now. Сonsolidation below this line opens the way for a sharp decline to $1725, quite a painful correction.

The currencies of developing countries are in an equally alarming position. They ended last year riding high on speculation that a global economic recovery would feed the emerging markets and strengthen EM currencies, and generally generate dollar capital inflows.

For the , important signal levels could be values near the 50-day average at 91.30 and an area of correction to 76.4% from the decline in March-January against the current values of 90.40.