The last couple of weeks have essentially been the markets chipping away at a major barrier, and therefore we think eventually the effort will pay off.

The British pound continues to consolidate overall, as although we fell to kick off the trading session, the reality is that the overall consolidation continues to be very much intact. When the CPI numbers came out a little hotter than anticipated, people initially started selling, but then turned around to show more US dollar weakness. Having said that, we are essentially going sideways and killing time, as the 1.42 level continues to be a major barrier that is very difficult to get above.

However, if we were to break above the top of the range for the previous week, the market should then go looking towards the 1.45 handle. The 1.45 level is a large, round, psychologically significant figure that a lot of people will pay close attention to based upon previous action as well. In the meantime, I do think that we will eventually get there but we obviously need to break through a significant amount of resistance to go higher. In fact, the last couple of weeks have essentially been the markets chipping away at a major barrier, and therefore I think eventually the effort will pay off. This is especially true considering that the market is closing at the very top of the range, which helped out immensely as it suggests that we are going to continue going higher.

To the downside, the 1.41 handle is support, as we have seen of the last several weeks, but there is even more support at the 1.40 handle as it is a large, round, psychologically significant figure and an area that had previously been massive resistance. The 50 day EMA is sitting just above there as well, so it all kind of ties together nicely for a buying opportunity. After all, the market is more of a “buy on the dips” type of situation, and therefore it is likely that we will continue to see plenty of value hunters coming back into this market in order to eventually break away and go to the upside. In the meantime, I think that we see a lot of choppy behavior, just as we have for several weeks. That being said, I think you continue to look at the market as one that you trade from short-term charts more than anything else, with an upward bias obviously. 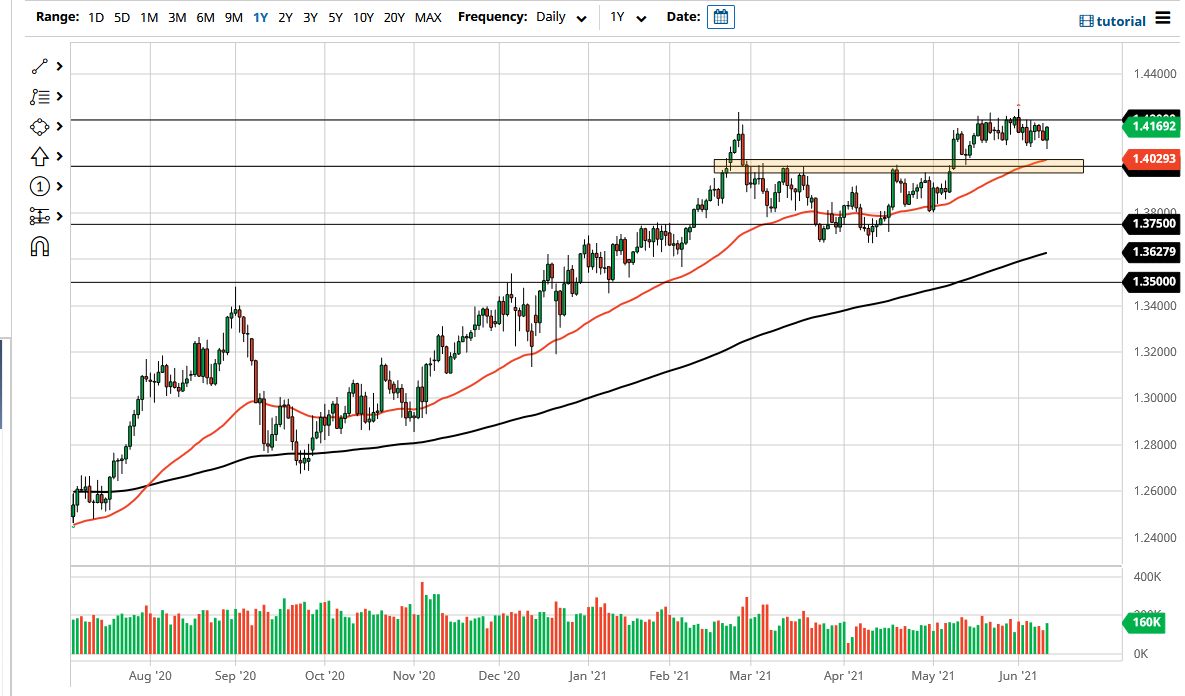