The halted its rally on Tuesday morning, which helped stabilise stock indices around the world. However, the trend towards a steeper yield curve in the debt market remained in place with Treasury yields rising above 1.15%.

The current yield curve suggests that the Fed will start to raise rates as early as 2023, but this is hardly an accurate macroeconomic forecast. More likely, it is a market reaction to an expected rebalancing of US government bonds supply and demand. 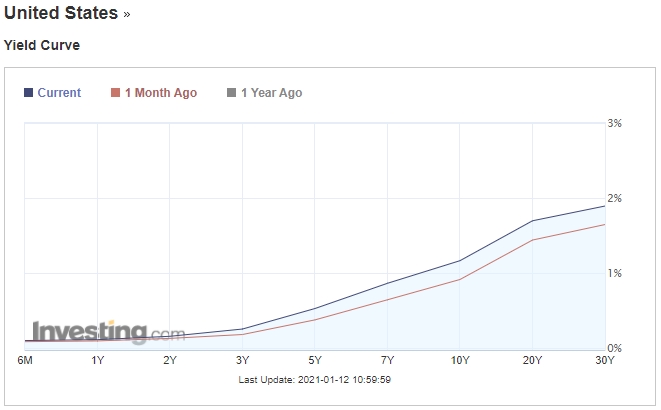 Earlier last year, huge auctions were offset by a sharp increase in purchases of securities for the Fed’s balance sheet.

So far we do not see any signals from the FOMC members that there will be a new surge in purchases so more treasuries will pump out liquidity from other markets.

On the positive side, we are seeing a flee into USD and US bonds from second-tier debt markets and some EM currencies. In particular, this week the dollar has added about 0.4% almost evenly against both and , as well as the main reserve currency competitors, and . 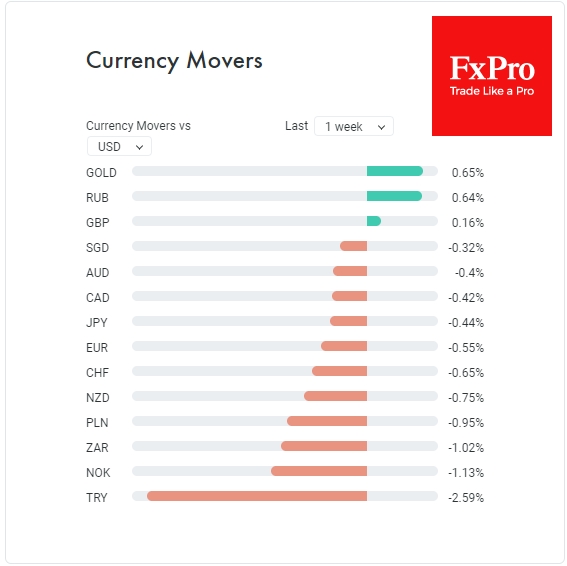 The is losing more than 0.6%, further confirming that so far we are only seeing a wave of demand for the dollar rather than a flight from risky assets.

This is also evidenced by the resilience of stock indices, which not only are not declining but also show some upside attempts on Tuesday morning.

Overall, we support the concern that global markets are in the final stage of a 12-year bull cycle and it might not be the best time now for long-term investors to buy stocks.

However, last year’s history has illustrated just how expensive it is to be a perma-bear. Investors should watch out for possible causes for a reversal of the indices.

Those occasions might come from the Fed’s reluctance to ramp up QE or even roll back the programme. Five FOMC members are scheduled to speak today and Powell on Thursday, which may clarify the Fed’s view of the market and further plans for QE.