The S&P 500 has fallen significantly during the trading session on Thursday, reaching down towards the 3500 level. That being said, the market has shown itself to have plenty of buyers underneath, and therefore it is likely that we will eventually see a bounce. Later in the day, congressional leaders were rumored to be talking about a coronavirus relief bill, which sent the market right back up in the air. However, at this point in time it is likely that the buyers will eventually continue to go higher, perhaps pushing towards new highs eventually but at this point in time I think we are still a little heavy and it is going to be difficult to imagine a scenario where value hunters will be patiently waiting on the sidelines.

Underneath, the 50 day EMA is sitting at the 3437 level and therefore a lot of people will be paying close attention to that indicator as it is widely followed anyway. The 3400 level has a certain amount of support attached to it as well, as it is a large, round, psychologically significant level. After that, we would then have the 3200 level where the 200 day EMA sits just above. All things being equal, we are simply at the top of the overall consolidation area that we been in for a while, and now we are trying to finally make a move higher. However, the candlestick from last Monday saw a massive push back and it is not until we break above there that traders will have the “all clear” to go towards the 4000 level over the longer term.

As far as selling is concerned, I have no interest in doing so because of the stock market is so highly manipulated these days that any time it falls a certain amount of percentage points, somebody comes in and start talking about bailing them out. There is a narrative on Wall Street at any given moment that something or someone is coming to save the day, so with that being the case I look it dips as buying opportunities. In fact, I have no scenario in which I am a seller because the last 13 years have taught us that liquidity is the biggest driver of the stock market 90% of the time, and fundamentals do not typically matter. You have two choices when it comes to trading indices, you can either buying the dips in the United States or try to be “correct.” Unfortunately, being “correct” has been a losing bet about half of the time. 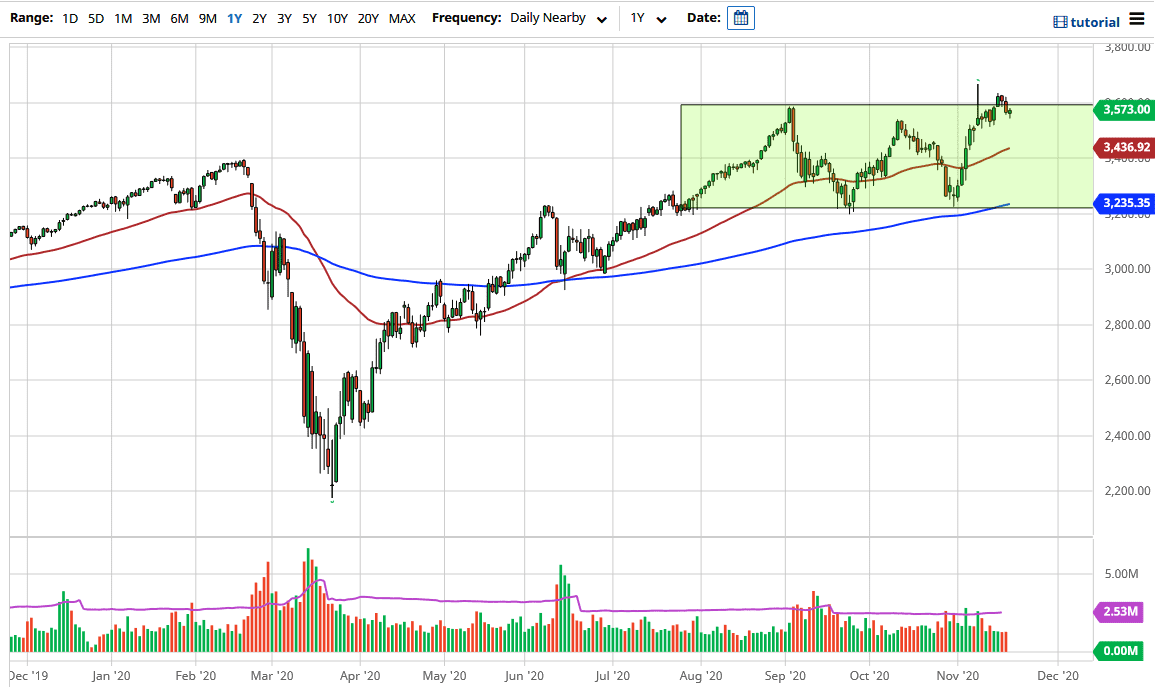