The S&P 500 initially tried to rally during the trading session on Thursday and the Globex hours, but then broke down rather significantly. At this point, the market has formed a bearish and golfing candlestick, and that of course is a very negative sign. The 3600 level course offers a significant amount of resistance from a psychological standpoint in the fact that we repulsed all of that buying pressure after the vaccine news. In other words, if that cannot get the market rocking, I am not sure what will.

A breakdown below the bottom of the candlestick for the trading session on Thursday, it is likely that we will continue to go lower. One of the initial places that we could be looking at would be the 50 day EMA which is sitting right at the 3400 level. That is a significant indicator the people will pay attention to, which is slightly elevated. However, if we get some type of supportive candlestick in that area think it would be a nice opportunity to pick up a little bit of value. If we do not, then it is likely that the 3200 level will be even more supportive as there is a 200 day EMA indicator sitting just below there as well. 3200 has been massive support more than once, and even if we fall all the way down to their it would simply be a return to the bottom of the overall consolidation.

On the other hand, if we were to break out above the 3600 level it is likely that we would continue to go higher, and based upon the rectangle that just formed, it projects a move to the 4000 handle. This would jive well with the idea of fiscal stimulus, but right now it is kind of difficult to imagine that anything like that comes out of Washington in the short term, or if it does it will be minor to say the least. I believe that Wall Street starting to finally come to grips with the idea that the days of being bailed out may be a little less abundant if the Biden administration runs the show. It is not as if the administration will not help the market, but it is not Donald Trump. Furthermore, the Senate is still up in the air and nobody really knows what is going to happen next. I believe with that and the coronavirus headlines starting to show more infections, the S&P 500 is due for a pullback. 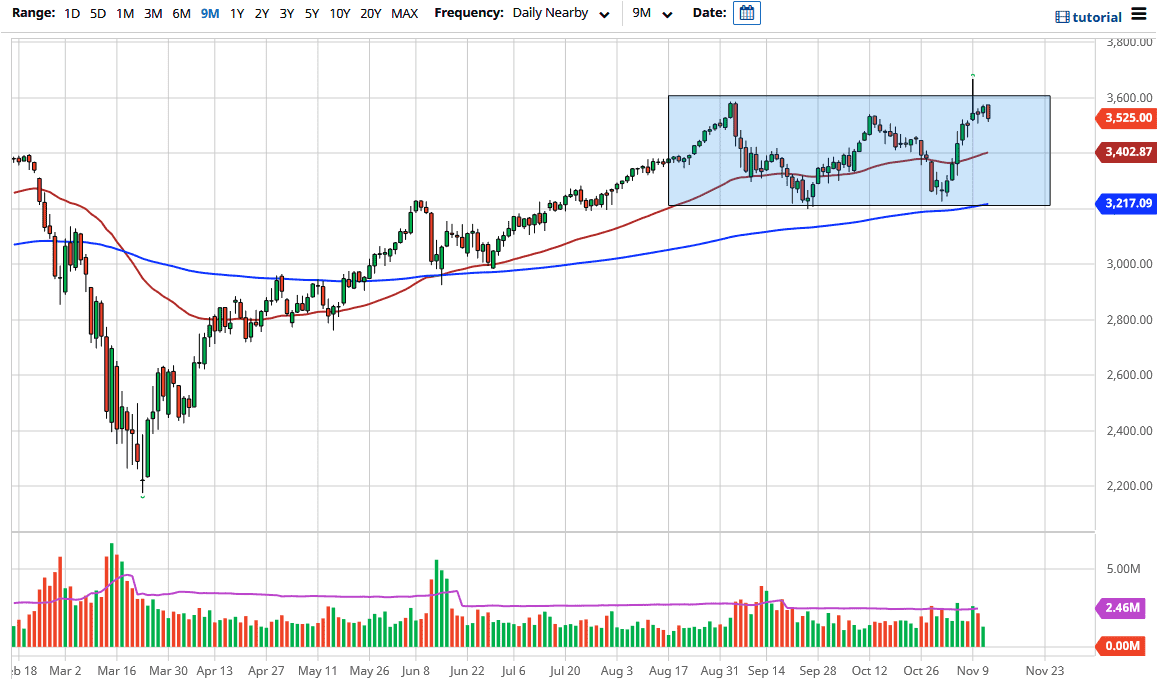