A snapshot of the major indices and hour before the FOMC is showing: 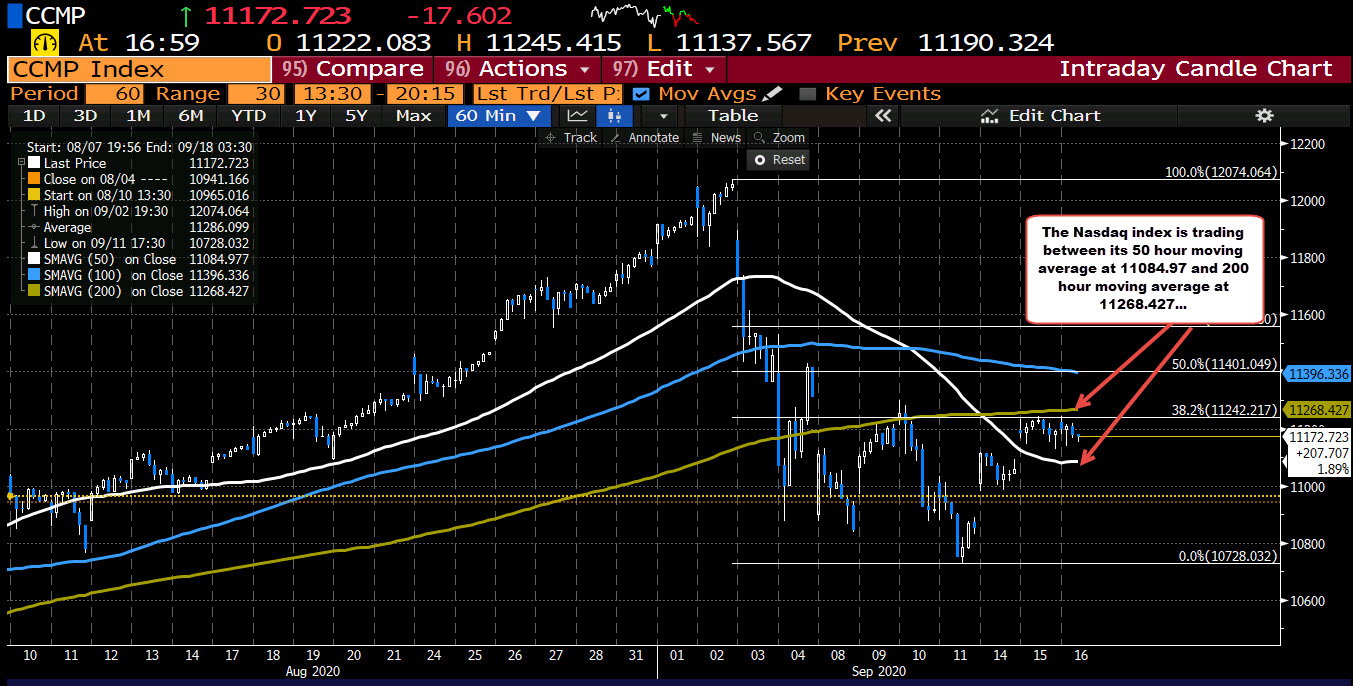 Looking at the hourly chart of the NASDAQ index, the pair remains below its 38.2% retracement of the move down from the September high. That level comes in at 11242.217. It also remains below its 200 hour moving average (green line) at 11268.427. If the price is to move higher (either before or after the Fed decision) getting above those levels would be technically bullish for the pair. A move above would next target the 100 hour moving average at 11396.336. Also near that level is the 50% retracement of the months trading range at 11401.049.

More weakness would have traders looking toward the 50 hour moving average down at 11084.977.

For now, the index is buying time before the FOMC decision and the next shove by the market (either higher or lower).