The NZD/JPY has reversed slightly lower in the past day of trading, but it remains near important mid-term highs as traders will have plenty of evidence to contemplate direction.

As of this writing the NZD/JPY is near the 78.100 level, a high of nearly 78.630 was demonstrated on the 3rd of September. The slight reversal lower since touching the mid-term highs seen late last week has been incremental, but not overwhelmingly strong. This perspective may make traders who have been pursuing bullish action within the NZD/JPY since the third week of August a bit nervous, but still enticed by current values.

The New Zealand Dollar has a magnificent capability to produce worthwhile trends and experienced traders may be looking at the recent highs and asking if moment is about to see a large shift. However, even as the NZD/JPY has experienced slight headwinds the past few days of trading, the forex pair remains within a relatively healthy higher realm which still has not challenged higher values seen from late April until the middle of June.

See also  Bitcoin TA: Here’s What Could Trigger A Bullish Reversal Above $40K

Current short term support near the 78.000 should be watched carefully. If this juncture is able to sustain values above, the NZD/JPY could be indicating that it is merely consolidating within the upper realms of its mid-term price range and another dose of bullish momentum may develop soon rather than later. It should be remembered that early this week American institutional traders were absent from forex and this may have impacted the NZD/JPY too.

The 78.400 to 78.600 resistance levels have produced a durable stance. Yet the downward movement of the NZD/USD exhibited technically has not been substantial, and the ability of the forex pair to remain within sight of these junctures may attract speculators who continue to have positive buying sentiment.

Conservative traders may want to be buyers on slight dips in the NZD/JPY near term. Traders are cautioned not to be overly greedy, particularly because resistance the past week of trading has been rather durable and the forex pair is trying fight against an important mid-term high not really tested since the first week of June. If the NZD/JPY can produce a sustained price range near the 78.000 and above in the coming days it may indicate another leg up is going to develop. Speculators who pursue buying positions can use tight stop losses as protection slightly below the 78.000 realm. 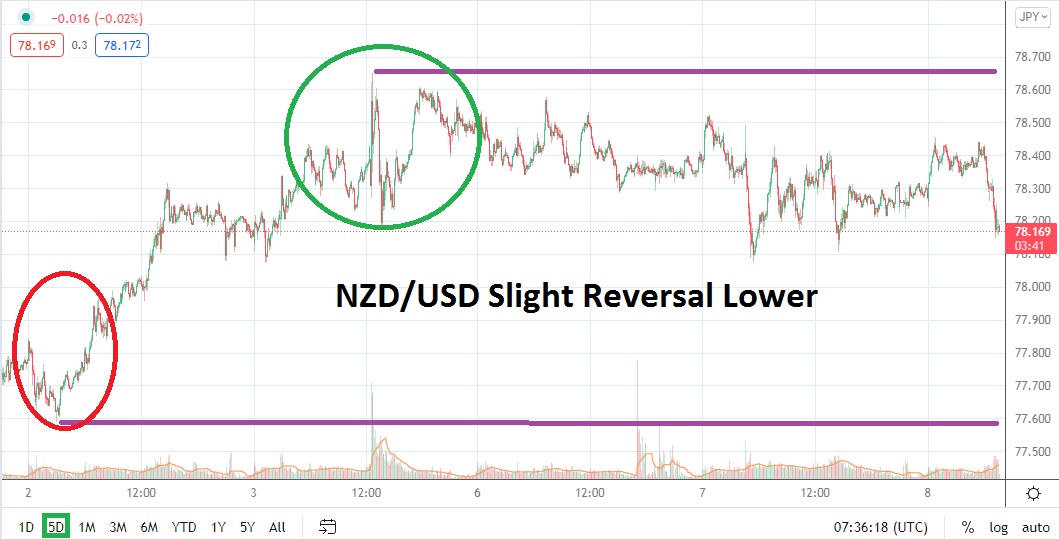