Price in the end dictates whether or not you make money, so keep that in mind.

The West Texas Intermediate Crude Oil market has pulled back from a downtrend line that has been so important over the last several months. At this point, the question is not so much as to whether or not that trendline will be followed, but whether or not we are running into more concern for the global economy?

Inventory numbers for the oil markets have not been strong for some time. However, there is a narrative out there that oil demand is going to spike going forward as the economy around the world reopens. While that does make a certain amount of sense, the reality is that the market has rallied rather significantly before we even got here in anticipation of that move. Quite frankly, by the time everybody is talking about a market going higher, you have already missed the move.

Because of all of this nonsense going around on financial channels and news sites, the only thing that I can do is follow the actual price action. If we can close above $70 on a daily close, and significantly so, then I am willing to buy this market to send it to the $74 level. On the other hand, if we break down below the $67.50 level, then I anticipate that we go looking towards $65, perhaps even followed by the 200 day EMA. That of course is an area that would attract a certain amount of attention so I would anticipate buyers coming back in that vicinity.

Pay attention to the US dollar, it will have a certain amount of influence on where oil goes next as well, but it is worth noting that the most recent highs have all gotten lower, just as the most recent lows have done the same. While some people are barking for higher pricing, the market seems to disagree and at the end of the day, it is the market that I have to listen to. This is just as true in the current environment as it would be if we suddenly broke out to the upside. I do not have time to argue with the market, and with all of the noise out there it is almost impossible to weed through what is important and what is not. Price in the end dictates whether or not you make money, so keep that in mind.

See also  TRADE OF THE WEEK 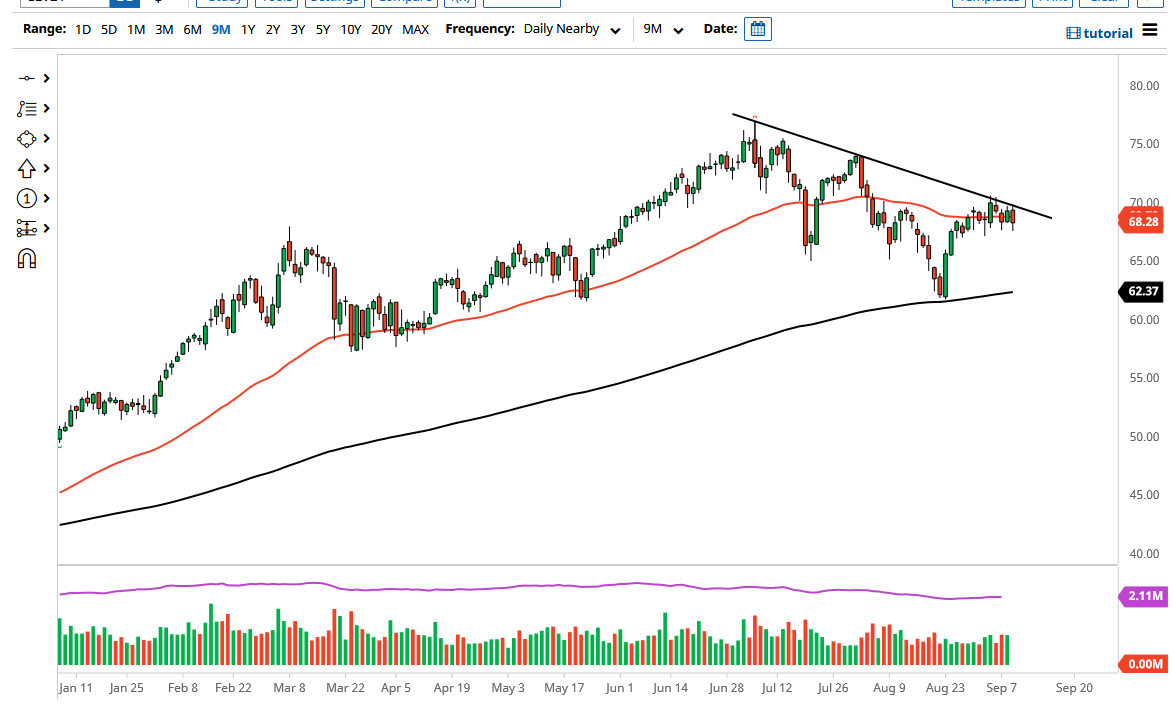