Any illusions that the Federal Reserve would follow the Bank of Canada’s lead were shot down by Powell as he preached patience. , and are leading the gains versus , while and are the only losers against the greenback. broke above a key trendline resistance, while bond yields are pushing back up as US regains $65 to break above the $64 right shoulder, and falls under 17. DXY traders watching the trendline support im the chart below. 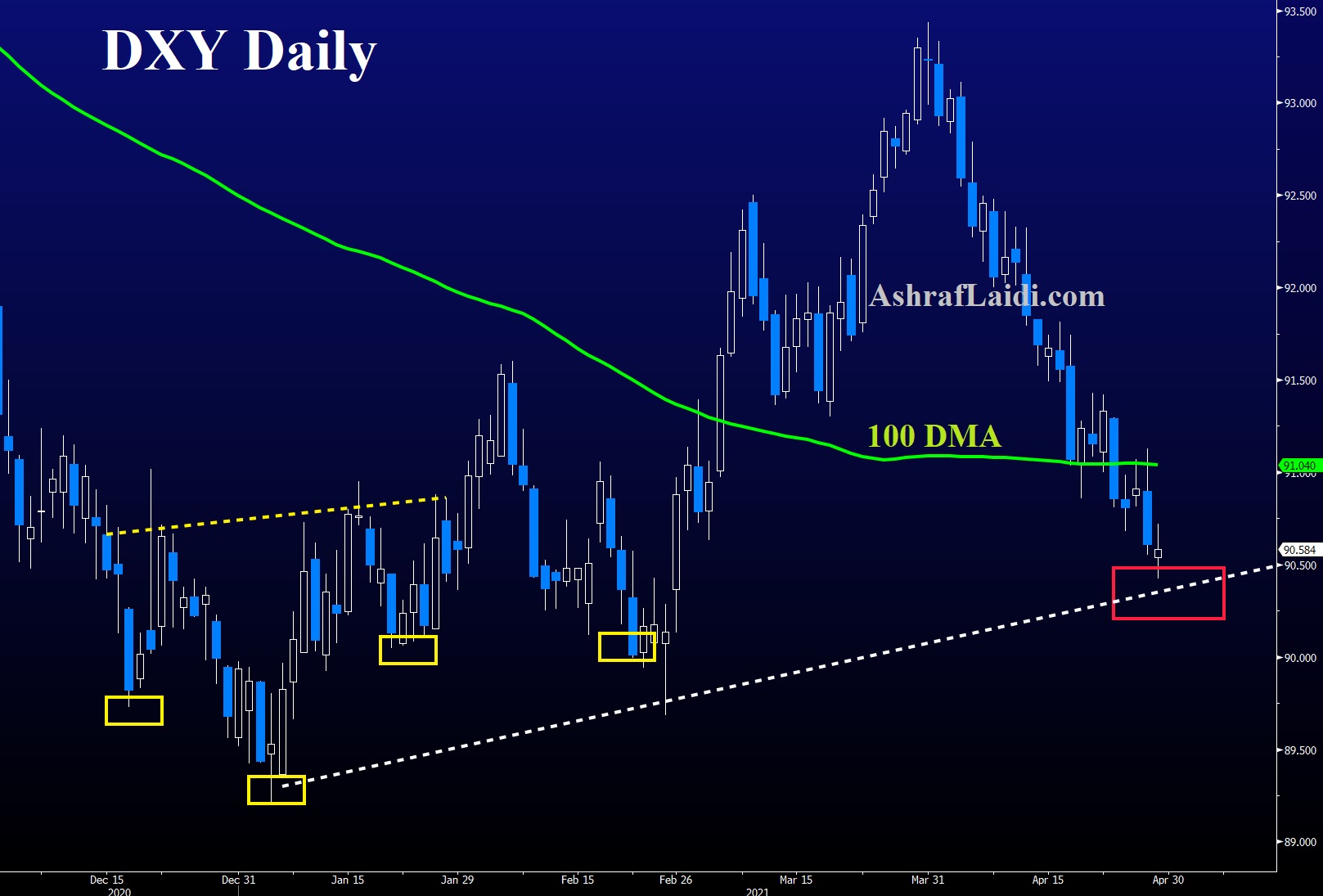 The Fed is sticking to its plan of lower rates for longer. The FOMC statement barely acknowledged the improved economic outlook and Powell followed that up with comments that left no room for a hawkish interpretation.

“It’s not the time to start talking about a taper,” he said. The Fed chair also said that a transitory rise above 2% this year won’t qualify as the moderate overshoot they’re looking for before taping the brakes.

The US dollar responded by slumping 30-50 pips across the board. The commodity currencies were particularly strong on the day and the loonie benefited from strong Feb and March retail sales numbers. USD/CAD fell to a three-year low.

In a bit of a warning sign, US equities finished narrowly lower on the day. Note that after 4 of the previous 8 FOMC meetings, there was a substantial risk off move immediately afterwards.

may get some support from Q1 US . The headline may could be overlooked if personal consumption doesn’t hit the +10.5%.