The downside corrective in the dollar remains well and sound so far on Thursday and is now flirting with the 55-day SMA at 97.56.

Any serious bullish attempts should target the 97.70 region, where coincide the yearly highs and the critical 200-day SMA. Further up is located a Fibo retracement of the 2017-2018 drop and the 100-day SMA, just below 97.90.

In the short-term, and provided DXY does not resume the upside, some consolidation is thus expected and even a deeper retracement should not be ruled out, all adding to the idea that the index charted an interim top in the 97.70 region. 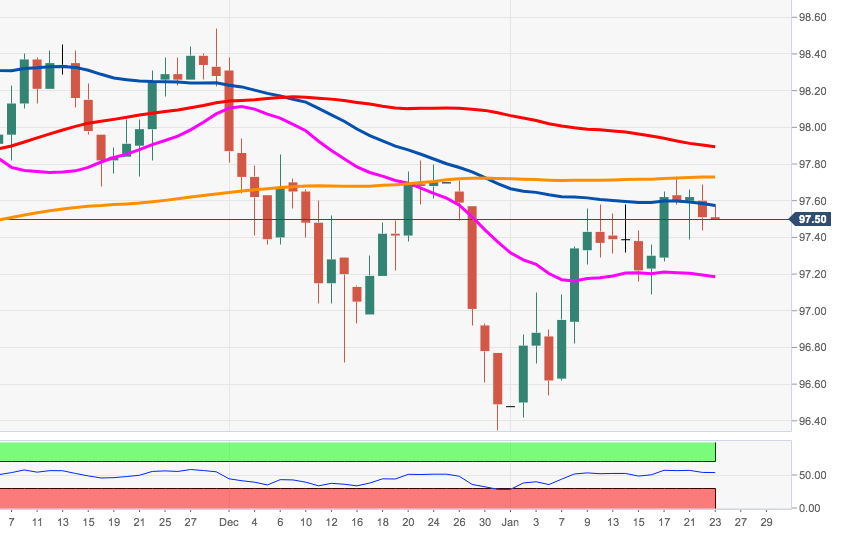