The got a break in its decline thanks to the optimism of market participants. The dollar index is up 0.5% in the last 24 hours, the biggest gain in two months. This is also a sign of how bearish the market has become for the dollar in recent months.

The data published later today may determine whether we see a slight pause in the dollar’s decline or signs of the downward momentum exhausting after the 14% dip from March’s peak. 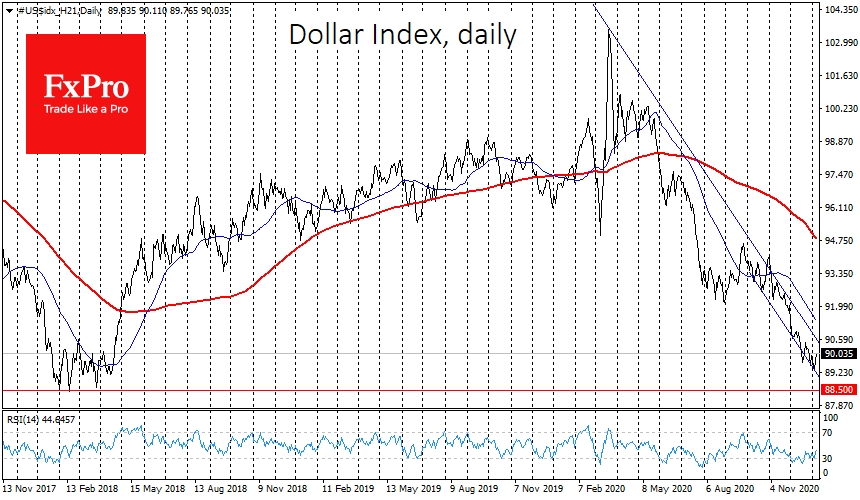 Weekly jobless claims in the USA have declined, which was better than expected. Together with hopes for stimulus, this helps to support optimistic expectations in the markets.

The improvement in long-term expectations can easily be traced back to the performance of the respective government bonds. The Democratic Party can quickly carry out its initiatives at all legislative levels. Hopes for a generous stimulus have triggered a rally in the bond yield, taking it above 1.0%.

Rising US long-term yields can rather quickly translate into problems for emerging debt markets, which are the most vulnerable to fluctuations in demand from international investors. 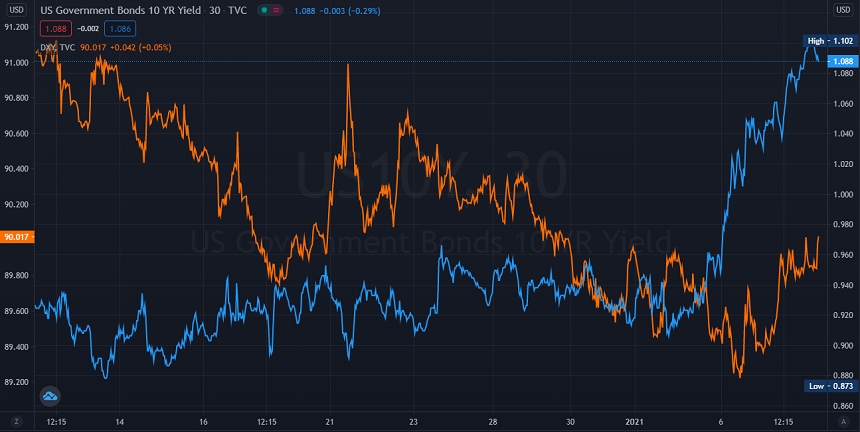 For example, debt markets in Brazil and to a lesser extent other major emerging markets, came under increased pressure in recent days. This is an unpleasant surprise for EM markets, as at the start of the year most analysts were calling for a boom in capital inflows to these markets in the face of negligible low yields in the US and Europe.

The charts from last month clearly show the rally in the yields of 10-year bonds after the confirmation of Biden and the majority of Democrats in the Senate, pulling the dollar up shortly after.

On the technical analysis side, the pressure on the dollar has lost momentum after a long oversold period and with a decline to the region of almost three-year lows. Dollar bears may need a significant respite and consolidation of strength before a new attack.

On the fundamental analysis side, strong macroeconomic data could bring buyers back into the dollar, while weak data, on the other hand, could permanently deprive it of supporters.