The New Zealand dollar has steadied on Thursday after posting strong gains a day earlier. Currently, is trading at 0.7260, up 0.07% on the day. The pair has climbed 0.85% so far this week.

The New Zealand dollar continues to gain ground against the struggling U. The kiwi has flexed its muscles in April, with sizzling gains of 3.97% this month, erasing the losses sustained in March. The FOMC , which was passed without incident, saw the US dollar retreat broadly against the major currencies.

The FOMC meeting did not contain any surprises, as the Fed remained in dovish mode. However, a close look at the language of the rate statement and Fed Chair Powell’s follow-up remarks revealed a few subtle changes from previous meetings. The Fed acknowledged progress in the battle to control Covid-19 and the strengthening of the US labour market, stating:

“Amid progress on vaccinations and strong policy support, indicators of economic activity and employment have strengthened”.

When Powell was asked specifically about tapering, he replied that it was too early to have a conversation about that. This sent US yields lower, dragging down the US dollar.

With the FOMC meeting out of the way, the markets can now focus on key economic releases. The US releases first-estimate for Q1 on Thursday (12:30 GMT), and the consensus is for a strong gain of 6.8%, after a 4.3% gain for Q4, which was revised upwards from 4.0%. A print of 6.8% or higher could shake up the US bond market and send yields higher, which would likely give the US dollar a much-needed boost. 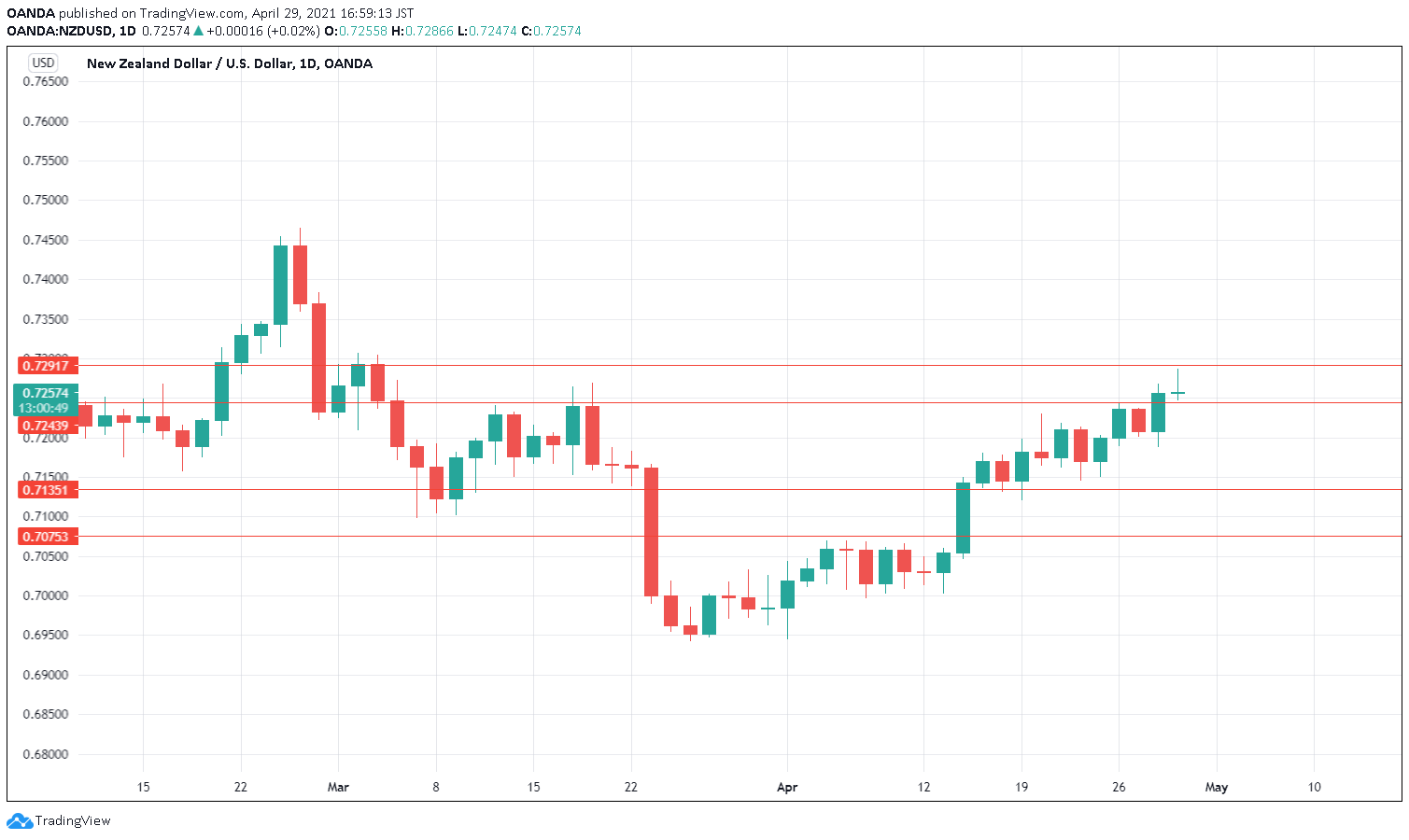