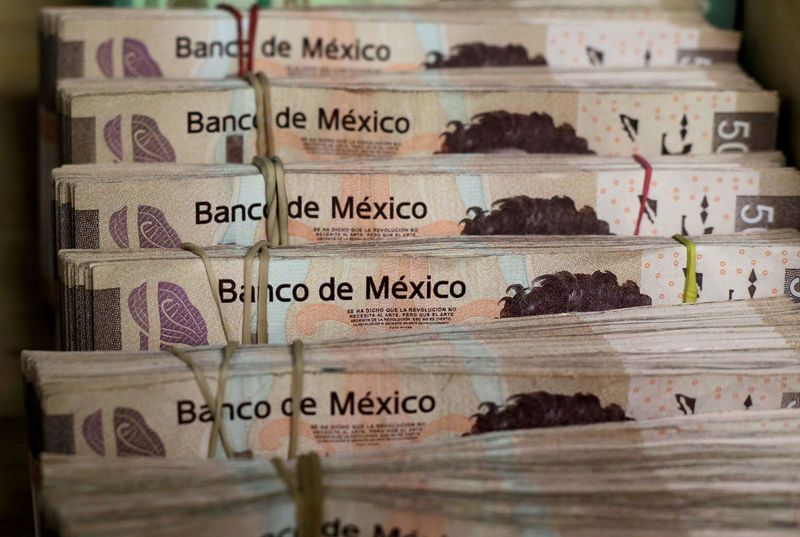 MEXICO CITY (Reuters) – The Mexican peso could strengthen in the coming months and close the year at 18.50 per dollar thanks in part to an expected cut in U.S. interest rates, Barclays (LON:) forecast on Tuesday.

Marco Oviedo, the bank’s top analyst for Mexico, told a news conference he expected the U.S. Federal Reserve to cut its benchmark lending rate later this year while the Bank of Mexico (Banxico) would likely keep interest rates on hold for now.

“If the Fed cuts rates and Banxico holds, I’d expect to see the exchange rate at 18.50 at the end of this year,” he said.

The Barclays projection would imply a 3.3% strengthening of the peso, which last week sank to a 2019 low after Trump vowed to impose a 5% tariff on all goods imported from Mexico unless its government did more to slow the flow of Central American migrants toward the United States.

The peso traded at 19.1330 to the dollar on Tuesday, having bounced back after Mexico and the United States inked an immigration deal on Friday that calls on Mexico to reinforce its southern border with Guatemala.

“I would hope that this is not a recurring issue, given that it is a migratory issue, not a commercial one,” Oviedo told Reuters.

The markets expect two U.S. rate cuts before the end of the year. Mexico’s benchmark rate is expected to continue at 8.25 percent for a prolonged period.

Oviedo said risks facing the peso include the possibility that other ratings agencies will join Fitch in taking a dimmer view on the outlook for Mexico.