One thing I think you can count on is the massive amount of volatility that is just waiting to happen and what is typically a very volatile market.

Gold markets rallied significantly on Friday to reach towards the $1835 level, an area that has been important resistance more than once. Because of this, we are either getting ready to break out, or we are going to see yet another push lower. It is worth noting that we have recovered all of the losses from the last several months, and now we could potentially see a big break out.

If we do get that breakout, it will almost certainly have to do with the US dollar shrinking, and that is like rocket fuel for gold. That being said, pay close attention to the way the US dollar behaves over the next couple of days, but Monday is Labor Day in the United States so there will be as much liquidity. The real answers will probably be had on Tuesday, as it could give us a bit of a “heads up” as to where we are going next. If we break above the $1835 level, then it is likely that we could go looking towards the $1865 level. Breaking above that then opens up the possibility of the $1900 level, an area where we had seen quite a bit of selling in the past.

Underneath, we have the 200-day EMA going flat, which is sitting at the $1800 level. This is an area that I think will hold quite a bit of attention and support. If we were to break down below there, then the market will break down towards the $1775 level. That is an area that has been significant support, and with that being the case, the market is likely to see buyers in that area. In general, this is a market that continues to attract a lot of attention so I think you have to pay heed to it. If we were to break down below there, then the gold market would certainly fall apart. Obviously, we need some type of catalyst to make that happen, but I do believe it is most certainly possible, because the markets have been skittish to say the least. One thing I think you can count on is the massive amount of volatility that is just waiting to happen and what is typically a very volatile market. 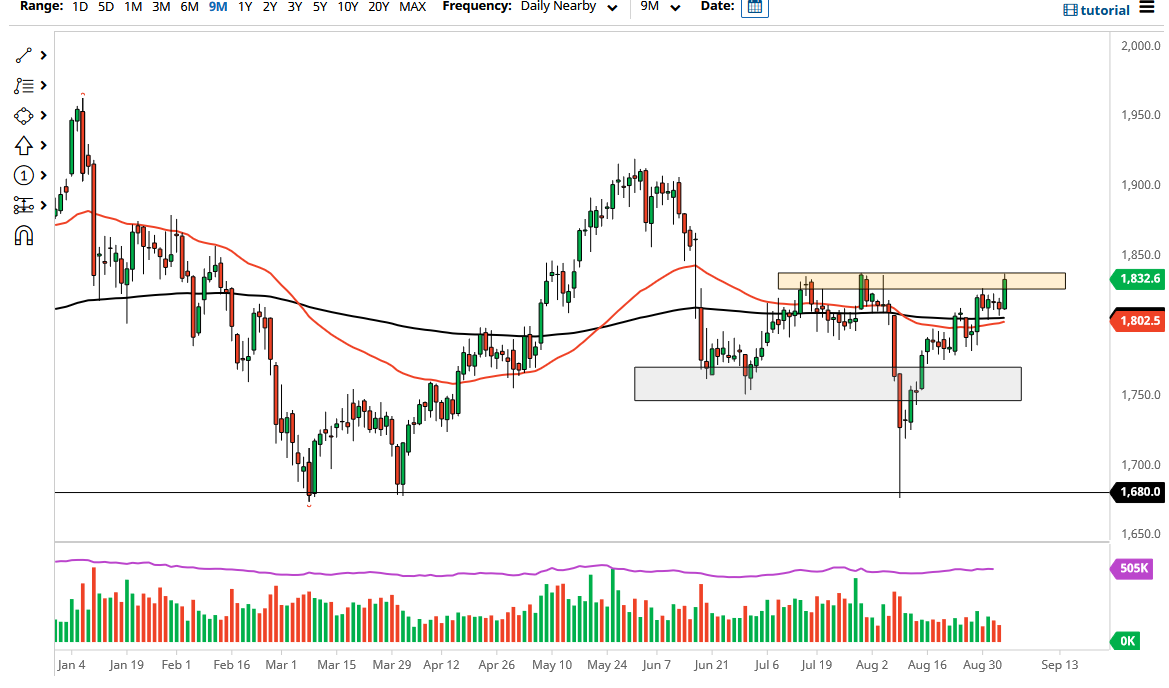