The Canadian dollar is showing little movement on Friday. Currently, is trading at 1.2680, down 0.06% on the day. With both the US and Canada releasing key employment numbers, traders should be on alert for some volatility later in the day.

The Canadian dollar flexed some muscle on Tuesday, gaining close to 1 per cent. Since then it has been tranquil waters for the pair, which is drifted close to the 1.27 level. This lack of activity could change later today, as both the and release key employment numbers (13:00 GMT).

Canada’s labor market has looked strong, with gains in job creation for seven straight months. That impressive streak likely ended in December, with a street consensus of -30,000. Many of Canada’s provinces of reinstated lockdowns due to a second wave of COVID-19, so it very possible that the actual release will be significantly worse than these estimates. Toronto Dominion Bank (NYSE:), for example, is projecting a whopping loss of 125 thousand jobs. A drop like this could have a chilly effect on the Canadian dollar. As well, the unemployment rate is expected to tick up to 8.7% from 8.5%.

South of the border, the labor picture is also looking gloomy. The forecast for December US Nonfarm Payrolls stands at just 60 thousand, which would be a paltry gain. The number of new jobs has been steadily falling over the past few months, which is an indication that the recovery is running out of steam. Wage growth is also weak and is projected to tick lower to 0.2%, down from 0.3% beforehand. 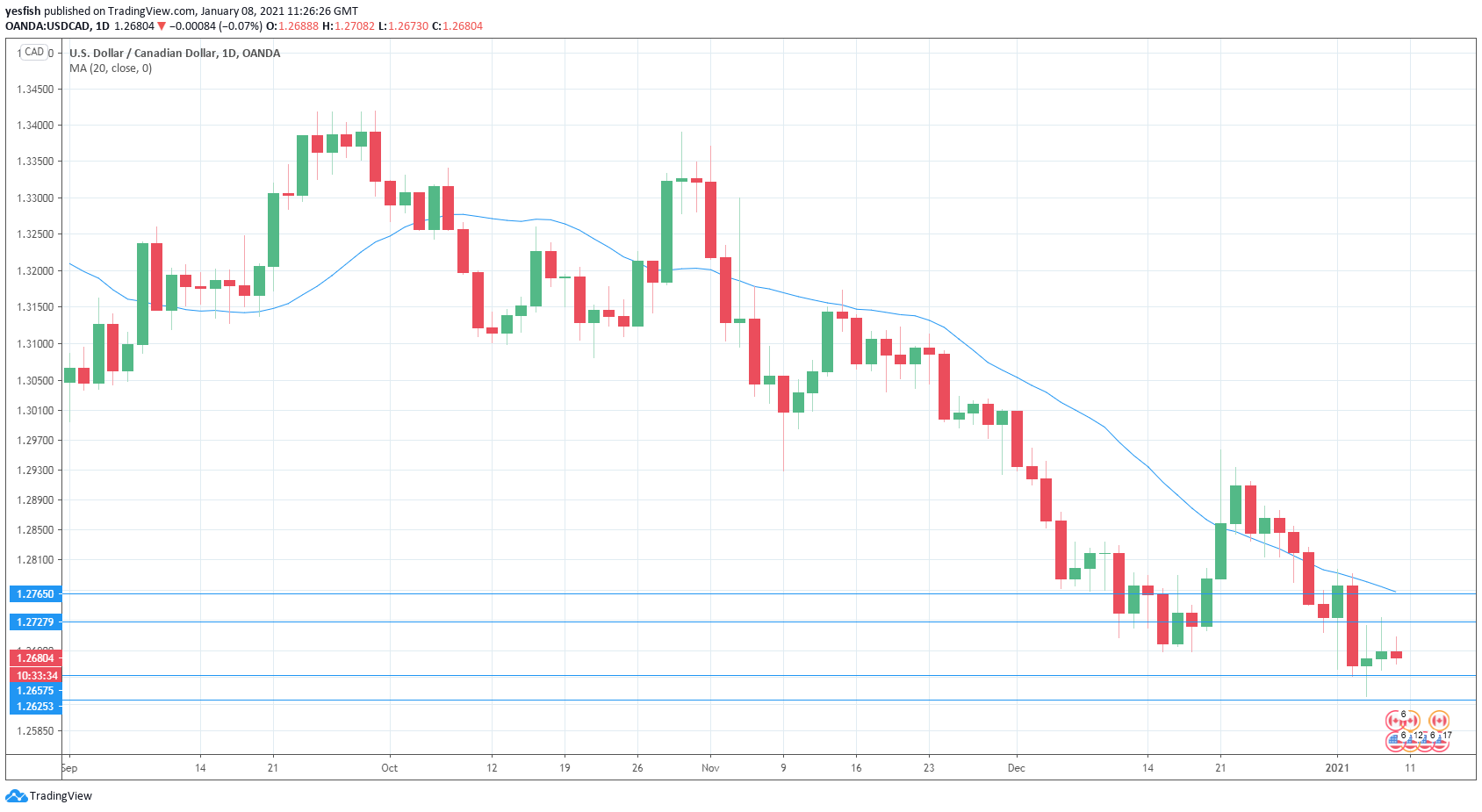