We are all numb nuts. Including me. And the best part – We don’t know that we don’t know. It’s called ‘Dogmatism’ – an unshakeable belief that we know something to be true even if we don’t. It’s difficult to accept, I know. So let me take you on a wild goose chase… 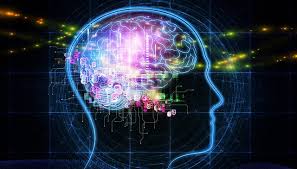 Listen to this story  :

A Little girl named Mary goes to the beach with her mother and her brother. They drive there in a red car. At the beach, they swim, eat some ice cream, play in the sand, and have some sandwiches for lunch.

Take a pen a paper and start writing answers to the following questions without re- reading the passage. Be truthful about this if you want to be amazed. Here are the questions ;

Alright, pens down. Now let’s compare your answers with a bunch of British School kids aged 5-9. Almost everyone answered questions 1 and 2 properly. I hoping you did too. The answers are Red and No. But people do much worse at question 3 and 4. Almost 75% of the people answer Yes or no to questions 3 and 4. The data isn’t sufficient to answer those questions. The real answer is ;

THE HARDEST WORDS IN ENGLISH ARE  “I DON’T KNOW.”

We are not programmed to say these words often. Most people would rather disagree than say I don’t know. That’s a shame. Because if you can’t admit what you don’t know, how will you learn ??

By virtue of the experiment above I think by now I have established with substantial proof that we are not as smart as we think we are. Well, the goose chase has just started. J ..stay with me.

WHICH IS THE LAZIEST ORGAN OF OUR BODY ?  – ITS THE BRAIN.

Want some proof ? Here it is.

That’s your lazy brain. It hates to think. It loves patterns and habits. That’s basically why habits are formed. Because your brain ( mine too) likes to delegate work. Once it notices a pattern. It stops thinking ( contrary to what we believe ). It just throws the answer available in its database.  Why does the brain do that ? Because it consumes 20% of the body energy even though it’s the size of our fist. It works tirelessly and needs breaks often.

WILLPOWER IS NOT A TRAIT – IT’S A MUSCLE.

They did an experiment (whenever I say that word I smile from ear to ear ) at Harvard Medical. One fine day they called the top 100 quant students ( great at math ) to the lab for some work. Students were told to come on an empty stomach. They had no other information about what was going to happen.

They came at the scheduled time. Around 8 in the morning. They were made to wait till 10 citing some technical errors ( this was a ploy ). Most of them were irritated and hungry. Around 10 am they were divided into two groups of 50 at random, each group off course consisting of equally brilliant students.

Then it was breakfast time . They were waiting for this for quite some time now. Now Here comes the fun part.

One group was given cookies and cake. The other was given Cereals and Oats. To put a twist in the tale, the breakfast room had a glass division between the 2 groups. One group could see and smell what the other group was having. The group with cereals was offcourse pissed. Looking at the cookies, the relative value of the cereal dropped drastically J

After the breakfast, the students were made to write a math test as a part of the experiment. Guess what ? The group which had cake performed much better than the group with cereals. Infact some the students who had cereals did not attempt a few questions too. They were pissed and irritated.

Lesson – Will power is in limited supply for all of us.

Use it in one area and it falls short in another. This is the reason , we can’t follow diets or can’t quit smoking even if we try hard. We use our will power in tolerating the fight at home or tolerating a bad boss. So don’t bet on your will power to keep you going. It’s an exhaustible resource.

Remember as a kid you made timetable for studies. When did you ever achieve the daily target ? Remember when you made New Year Resolutions on 31st and broke them on 15th Jan ( 85% of the people quit in first 15 days – says a study ). Remember when thought you will take X days to complete something but it took longer. In psychology this is called the Planning Fallacy.  Things always take longer than you thought they would. Work always expands to fill the time given for it.

Remember this when you make a time table next time.

These are the myths I wanted to bust. The truths about us which are very difficult to accept. But how is this all related to trading ?

That post will come after a few hours…learn to wait…Exercise your will power muscle.