Let me discuss a real life incident of my student how he was afraid of trading and how after going through the training he transformed himself in a profitable trader.The same story repeats with many traders and hope the example described below can help you in improving your training.

Band new Trading day has started and Rahul was ready to trade, As market opened Rahul can see his trade set up giving a Buy Signal but Hesitation gripped Rahul’s tensed hand. He couldn’t decide when to enter this trade. His trading plan said he had really gone past the entry point he should have taken. But he had hesitated – what if he was wrong? He decided to wait and track it just a little longer – just to be safe. This was the story of his trading life – waiting on the sideline frozen by his fear of uncertainty. “If I stay on the sideline, I’ll be safe,” he consoled himself. He watched the price go higher and higher. Still he hesitated. 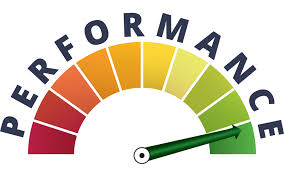 But as he hesitated on the sideline pondering this trade, Rahul also began to fear he was missing out on a profitable trade – he wanted in. He felt the urgency build. “Just a little more proof”, his tentative side whispered in his ear. “Get in this trade before it’s too late!” urged another impulse, “Sitting on the sideline isn’t getting you anywhere. You’ve got to get in to win.”

This internal struggle in Rahul’s mind escalated. Finally, to prove he had the courage to face his fears, he jumped in. The impulse to get in on the trade finally trumped his fear of uncertainty. In a matter of moments, however, the price began to tank and hit his stop. Because of his hesitation, Rahul bought beyond the higher end of his entry range. He had missed the opportunity of profit. Instead, he took a small loss. Hesitation was fatal.

An emotional roller coaster ride is not what Rahul imagined trading was going to be like. Before he started investing in trader training, he studied the opportunity. With his deep institutional investing experience, Rahul reasoned active trading was a skill set that he could learn and develop successfully. It was going to require practice and training – he was prepared for that.

What he was not prepared for, however, was the role emotions play in trading – and the need to manage them. None of this was mentioned, or he did not hear it, before he committed himself to learning how to trade. No one told him that 90% of trading was in his head – putting himself literally on the line really fired up his stress level.

After investing in a solid trading system and training to develop a methodology and trading plan, he was finding that he had a difficult time sticking to and executing his trading plan.

And, it was the moment that he moved from simulation trading to having his money in the game that things changed. After all, this was his money he was risking now! In this new world, he seemed to be pulled emotionally in various directions at once. Fear and self doubt collided with a child-like impulsivity that left Rahul stressed out and making poor trading decisions.

Rahul had spent a lifetime pushing emotions away like a nuisance. Now he felt emotional chaos and did not know how to get it under control. Whether it was getting into a trade or getting out of a trade, Rahul was often confounded by a mixture of self doubt fueled by his fear of uncertainty or impulsiveness egged on by his fear of missing out.

Caught in the crosshairs of these two emotional positions, his winning percentage was dismal. What he knew is that if he did not get a handle on his emotional nature soon, his trading account was not going to survive his learning curve.

In the example above, Rahul was being pulled in different directions by competing fears. Initially his thinking was contaminated by a fear of uncertainty that kept him tentatively on the sidelines of trading. As he sat out watching the price climb, a fear of missing out on a profitable trade fueled an impulsive entry into a trade. And with no understanding of how to manage them, he sabotaged his trading plan and himself.

To help him identify and resolve issues that affected his trading performance, Rahul found a trading coach. By taking responsibility for his profitability, Rahul came to recognize that he could develop himself into the trader he needed to be. The first thing that he learned to do was to separate biological fear from psychological discomfort. This is critical.

The brain cannot distinguish between a real threat to life and psychological distress. Rahul’s biological fight-or-flight system had been triggering him to avoid risk because the body interprets all risk as a threat to life. His brain’s hardwired motivation to avoid uncertainty (biological risk) put Rahul on the sideline. But risking capital is not a biological threat – it does produce psychological discomfort though.

By learning how to calm his body and mind down so that fear did not sweep his thinking into negative appraisal and catastrophic thinking, Rahul was able to learn how to take biological fear (and its avoidance motivation) off line before it swept him into reactive behavior. And he was able to replace it with the confidence of a risk manager.

A risk manager knows that there will be losses – but there will also be a higher ratio of gains. His job was to reasonably manage risk over a larger number of trades. He had to develop a longer term view rather than a biologically driven, emotional, and short-term knee-jerk reaction to risk.

Before, Rahul placed life or death significance on each and every trade. With training he was using his psychological discomfort as a reminder that he needed to trade from a calm and impartial state of mind. His ability to take a step back from his automatic fear response into a calm state of mind allowed him to develop the qualities of a successful trader.

Freed from habitual triggering to fear and dread allowed him to access inner resources within himself. By cultivating these aspects of his psychology, Rahul developed his inner game of trading to a new level.