Gold bulls saw their efforts falling apart around the tough resistance of 1,835 on Friday despite setting a solid foothold around the 200-day simple moving average (SMA).

The battle, however, is not over yet and the precious metal could make more attempts for an upside breakout beyond that ceiling as long as the RSI continues to trend upwards above its 50 neutral mark. The positive momentum in the MACD, which is comfortably growing above its signal and zero lines for the first time since April is adding to this narrative.

A sustainable move above the 1,835 bar could push for a close above the 1,870 restrictive region, though for an outlook switch in the short-term picture, the bulls will need to escape the 1,900 – 1,916 wall. Then, the next milestone on the road will be the 1,959 peak, a break of which is required to disconnect the long-term downtrend from the top of 2,079.

On the downside, the 200-day SMA may keep balancing selling pressures around 1,808, while within breathing distance, the broken descending trendline could adopt a protective role within the 1,793 – 1,784 region along with the 20- and 50-day SMAs. If the bears persist, the focus will shift to the 1,750 level, unless the dashed long-term restrictive line comes to the rescue. Diving deeper, some consolidation could take place around 1,717 before all the attention turns to the 1,680 bottom. Failure to hold above the latter would bring long-term bears back into play.

Summarizing, Friday’s bullish phase is still looking in progress despite today’s muted start. A decisive step above 1,835 is expected to unleash the next buying wave. 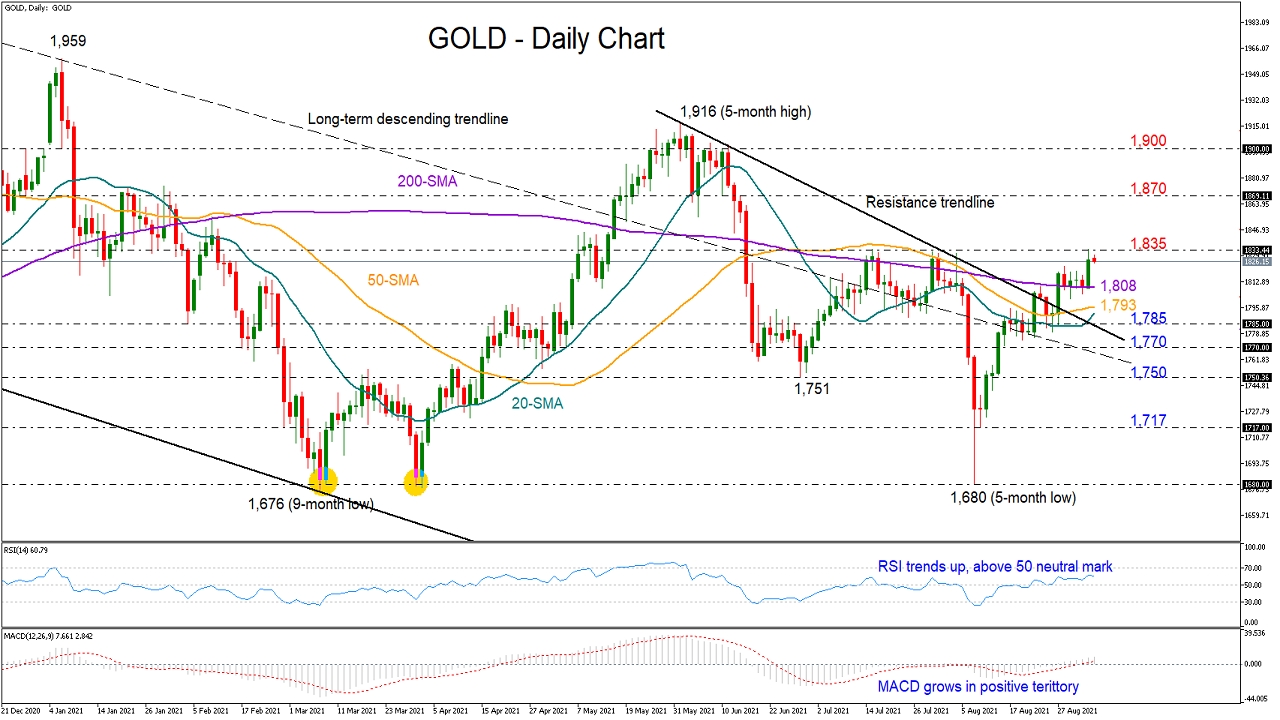