The is currently stuck between a rock and a hard place, but I think it will rise further over time. Although right now it is facing resistance due to fears over the economic impact of the latest national lockdown, the downside looks to be limited.

I think the cable will be provided stronger support because:

Momentum is another factor that could support the cable’s recovery – especially if it remains above the breakout level of 1.35ish: 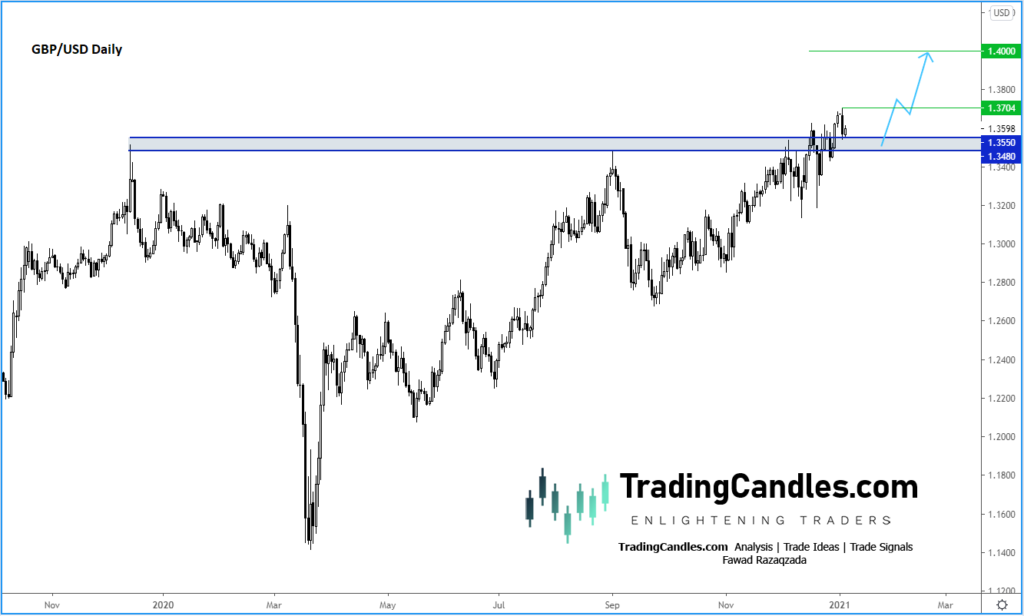 Currently, GBP/USD is trying to form a base after Monday’s sell-off. But if the buyers step in around current levels, as I think they will, and we make a new high for the year, then that could ignite fresh momentum buying to take us towards and possibly above the 1.4000 hurdle next.

While there is obviously a risk that rates could break down in the short term, I am currently not entertaining any bearish trade ideas for the price structure remaining bullish given the higher highs and higher lows. If that were to change in the future, then I will, of course, change my mind. However, as things stand, the path of least resistance remains to the upside.