You should put on a trade and then add as the market works out in your favor.

The FTSE 100 broke below the recent support level rather rapidly during the trading session on Thursday, to crash into the 7000 handle. This is an area that will attract a lot of attention in and of itself, so do not be surprised at all to see this as an area to pay close attention to as it is a large, round, psychologically significant figure.

All that being said, if we continue to break down from here, then I think we go looking towards the 6900 level, where we would more than likely find the uptrend line coming into the picture, which had been such a huge part of the overall up trending channel. Because of this, I think that what we are seeing is a situation where there has been a massive area above causing resistance, in the form of 7190. That is much like the gold market, where we have faced a “brick wall” of selling pressure. Obviously, if we could somehow get above there then I think the market goes much higher. One thing is for sure though, we have gapped lower couple of days in a row, so that of course is very negative.

You should also pay attention to the fact that we have closed towards the bottom of the candlestick for the session, so that typically means there is a bit of follow-through. Unlike the CAC, I do not see support sitting just underneath, and I do think that it is very likely that this market continues to go lower. Speaking of the CAC, you should probably keep an eye on that as well as the DAX, to give you a little bit of a “heads up” as to where this market may go. The FTSE 100 is struggling with a stronger British pound, which of course weighs upon the idea of exports being cheaper coming out of the United Kingdom.

The only thing that you can take away from this chart beyond the bearishness is that you need to be very cautious about your position size, and therefore the fact is you should put on a trade and then add as the market works out in your favor. This is because we could have a sudden “snapback” if we continue to see correlation between all of these markets and of course bullish sentiment on the continent. 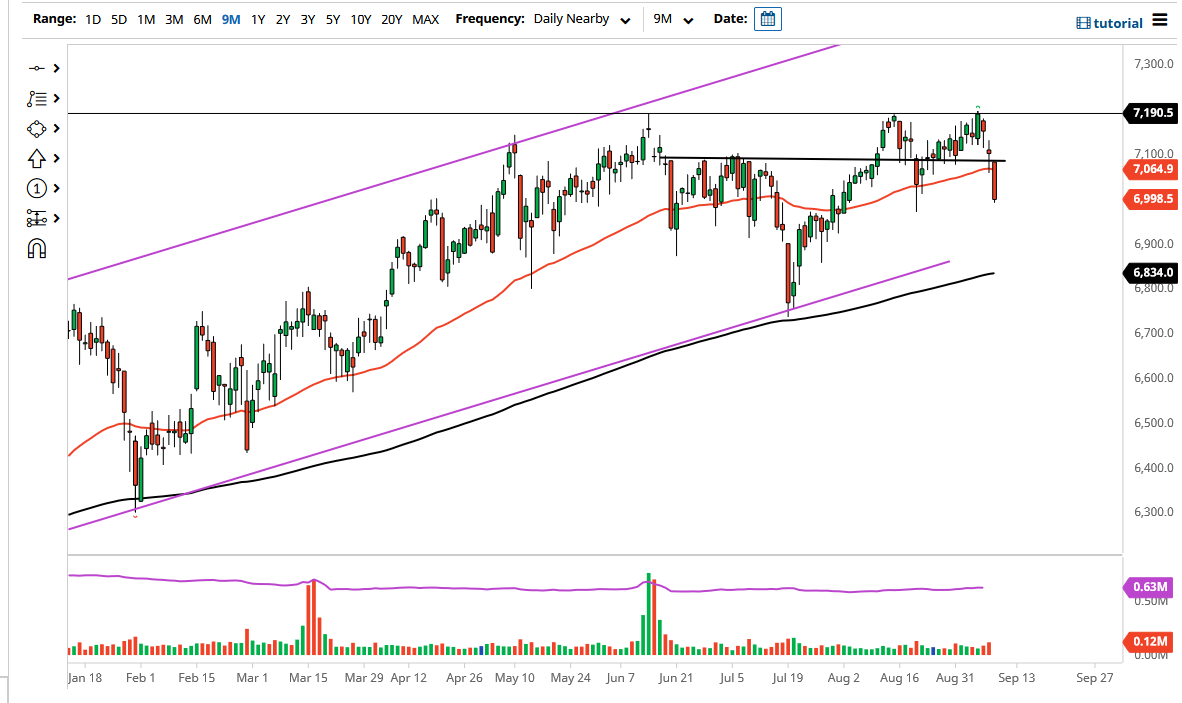