It’s likely that we will see a little bit of a pullback as we are at the top of the range.

The S&P 500 has rallied a bit during the course of the trading session on Thursday before turning around to form a bit of a shooting star. The candlestick of course is very bearish, and it is worth noting that the NASDAQ 100 has formed something along the lines of a “evening star.” That of course is a negative sign, suggesting that perhaps stocks are going to roll over.

To the downside, the uptrend line continues offer support, right along with the 50 day EMA. Beyond that, the 4500 level before they are also offer support, so I think it is only a matter of time before we see some type of bounce. We have been in an uptrend, and I think that does not change anytime soon, so therefore it is only a matter of time before buyers get in on dips and take advantage of “cheap stocks.” After all, this has been a bit of a “buy on the dip” type of market for ages, especially as the Federal Reserve continues to offer cheap money for traders to indulge in. Despite the fact that there has been talk of tapering later this year, the reality is that there is no real sense of them raising interest rates anytime soon.

If we were to turn around a break above the top of the shooting star, then the market is likely to go looking towards the 4600 level, as the market tends to move in 200 point increments. After that, it will be interesting to see where we go next, but it is very possible it could be 4800. There is always the negative turn of events, and that would be something that I would play via puts, because flat-out shorting the S&P 500 has been a very dangerous thing to do for ages, and as a result it is difficult to imagine a scenario where I would actually do that.

See also  The USD is looking strong and force the pair above 1.2600

You look at the chart and you could see a plainly carved out up trending channel, so as long as that remains in effect, it tells you where you are going to be a buyer and perhaps take a significant amount of profits along the way. Because of this, as we are at the top of the range is likely that we will see a little bit of a pullback. 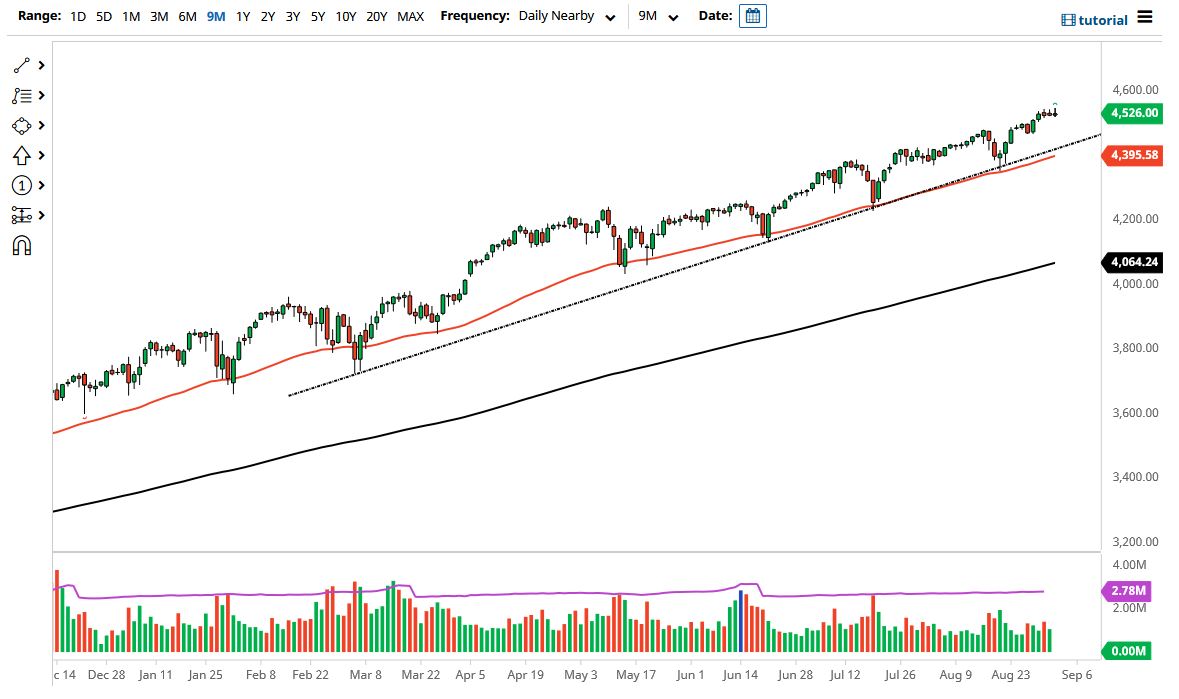