Traders enamored with the minute by minute fluctuations in so-called meme stocks like GameStop (NYSE:) and AMC Entertainment (NYSE:) may not have noticed, but we saw a far more longer-term and macroeconomically-significant news item land yesterday: The Federal Reserve’s January .

When it comes to the statement, the Fed made relatively few changes, as the below “red line” shows: 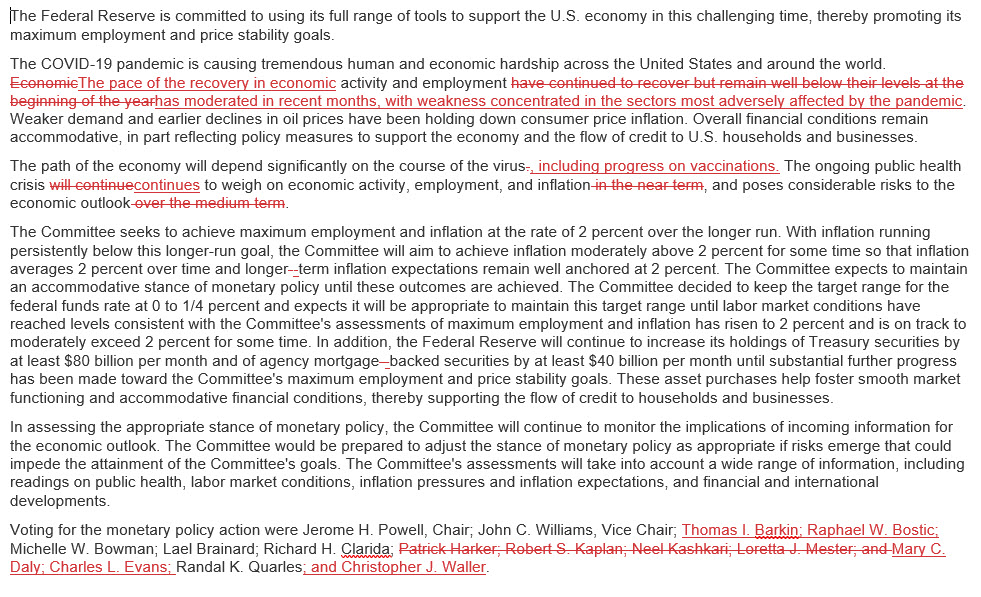 The biggest takeaways from the central bank’s statement are that the pace of the recovery has slowed and that the Fed will be closely monitoring the progress of vaccinations as the first step toward normalizing monetary policy. The statement continues to emphasize that the FOMC needs to see inflation run above 2% for some time before removing the current accommodative policy stance. Put simply, there were no signs in the statement that the central bank has changed its outlook on the US economy and monetary policy.

Fed Chairman Powell generally stressed the importance of remaining accommodative and flexible until inflation actually starts to pick up. Highlighted comments from the presser follow (emphasis ours):

Despite the Fed’s generally dovish, steady-as-she-goes tone, US indices deepened their selloff, with major indices trading lower by 2-3%. Both and ticked lower along with the yield on the benchmark Treasury bond (-2bps to 1.02%). In FX, the recovered off its midday lows to resume the uptrend from today’s Asian and European sessions. With little in the way of new information from Powell and Company, traders may look at this near-term rally in the greenback as a selling opportunity until the longer-term 50- and 100-day EMAs start to turn. 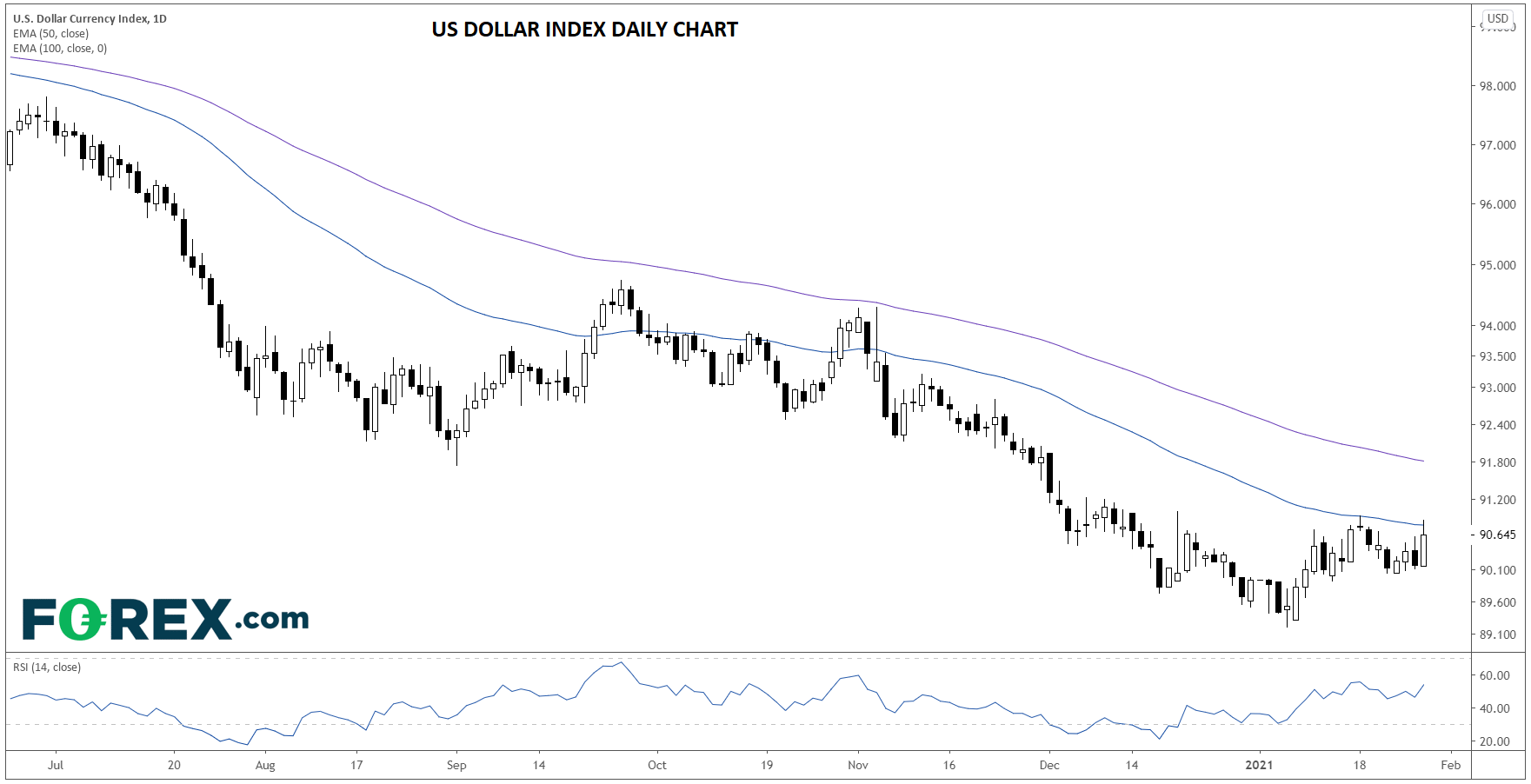