Yesterday, at the beginning of the day, the began rapidly falling despite the absolutely empty economic calendar and the absence of news that might influence the market. However, the decline turned out to be short-lived and the currency entered a sideways channel. In fact, the euro followed all other currencies that dropped a day before. However, judging by yesterday’s dynamic, investors suppose that the and the US economy will rise more than others.

Today, the future of the euro and other currencies depends on the ECB’s decision. It is highly possible that the results of today’s meeting will lead to a further and prolonged fall in the single currency. There is almost no doubt that the monetary policy will remain unchanged. However, to cap the soaring eurozone , the regulator should reduce the QE program and increase the key interest rate.

This plan of actions is described in the official documents of the regulator. Notably, the US Fed has already taken such measures. At the same time, the European regulator behaves extremely indecisively, thus causing a lot of concerns. The fact is that the economic situation may deteriorate and the central bank may unexpectedly launch the tightening of the monetary policy. In this case, investors are likely to suffer significant losses.

That is why the Fed repeatedly announces its decision to close the QE program and raise the benchmark rate. It seems that the ECB is simply ignoring the situation. Such behavior could be explained by the regulator’s anxiety about the economic growth pace and still high . In fact, the eurozone macroeconomic situation is much worse than in the US. That is why the monetary policy tightening may affect the economic recovery. However, the situation may reach a dead end and it will be too late to take measures. Thus, there is no wonder that investors are sceptical about the euro.

The RSI technical indicator is above the 30 line, thus pointing to the absence of the oversold conditions in the US dollar.

On the daily chart, we can see a recovery movement after the recent correction.

Today, speculators may become really active amid the expectations of the ECB meeting. Judging by the technical analysis, the pair may slide to 1.1700, if it fixes below 1.1790.

The complex indicator analysis provides neutral signals in the short term because of the price stagnation near 1.1800. Intraday and medium-term traders may open sell positions since the price dropped after touching the resistance area of 1.1880/1.1905. 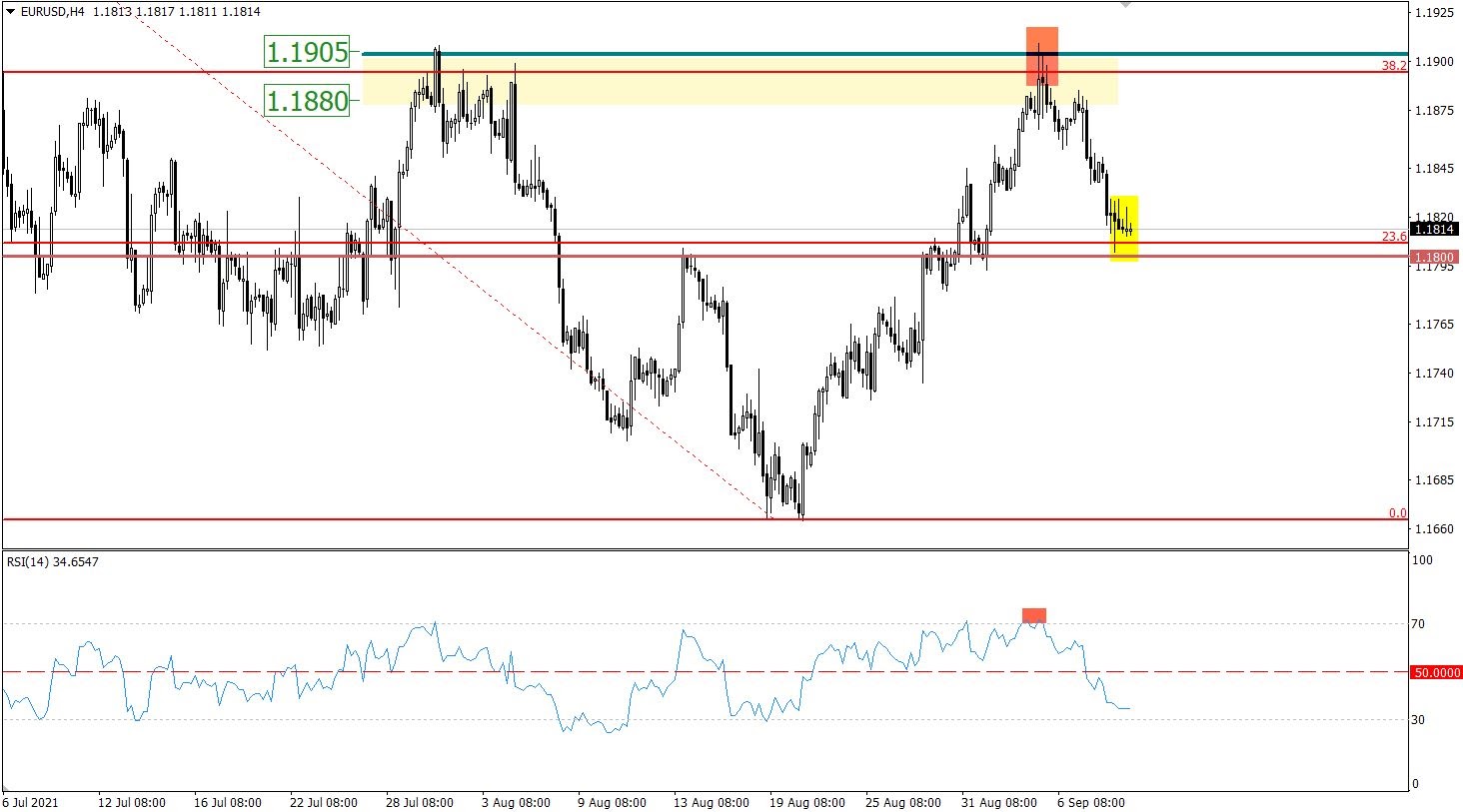