All macroeconomic reports from the US failed to meet the forecast. Nevertheless, the continues gaining in value.

Thus, the US declined by 0.5% instead of rising by 0.3%. The report on the durable goods orders was considered the main event of the day that should have shaped the market sentiment. A drop in the indicator should have led to an absolutely different result.

In fact, other indicators affected the market situation. Most of them were expected to remain unchanged. For example, the number of decreased by 71,000 instead of dropping by 6,000. The number of continuing claims slid by 60,000, whereas economists had foreseen a smaller decline of 39,000. As a result, the indicator showed a significant drop, thus offsetting a disappointing report on durable goods orders.

In addition, the US added 0.4%. Although it is an insignificant rise, it had a completely different effect on the market since analysts had expected a decrease of 2.0%. Initially, analysts had predicted a small increase in durable goods orders, just minor changes in unemployment claims, and a slump in new home sales.

Today, the market is likely to be stagnant because of the celebration of Thanksgiving Day in the US and an absolutely empty macroeconomic calendar in Europe. After a short-lived hovering within the range of 1.1225/1.1275, the pair broke the lower limit. As a result, the pair continued falling, thus boosting the volume of short positions.

On the daily chart, we see an inertial movement. In the last two weeks, the euro has lost over 3.5%. Such a significant change in a short period of time points to oversold conditions and may cause a technical correction. On the four-hour and daily charts, the RSI technical indicator is moving along the 30 line, thus proving the oversold signals.

Since the euro/dollar pair has significantly dropped and a correctional movement has not started yet, the downtrend is likely to slacken. In this case, the pair may either stagnate or climb by 100 pips. The area of 1.1160/1.1180 is acting as support for sellers. 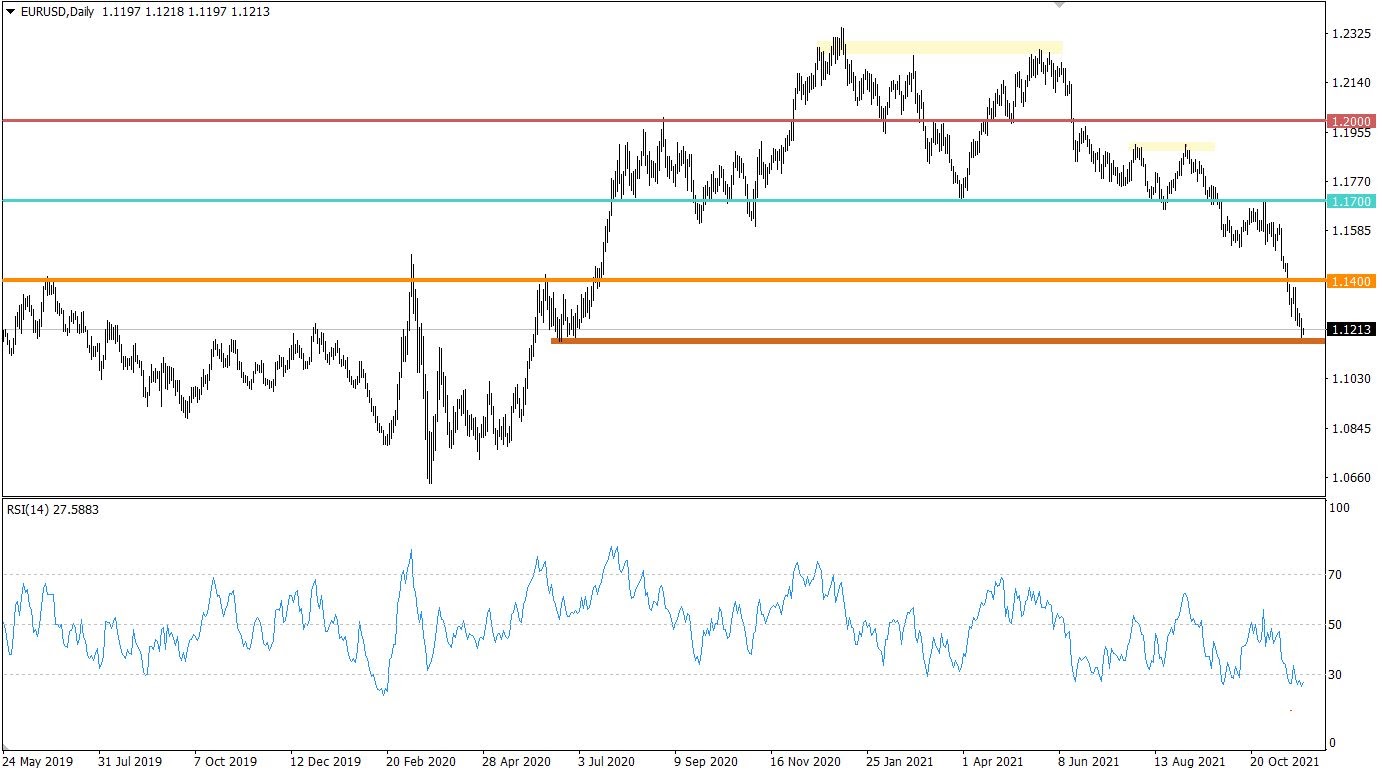