bulls are in a fight with the 130.49 barrier for the fourth consecutive day. The longer the downside pressures persist, the bigger the chance for a downside correction gets, though the upward trend in the RSI, which has still some way to go to reach the overbought area, the positive slope in the red Tenkan-sen line, and the strength in the MACD, are currently suggesting that buyers have still a sort of advantage to drive the market before a downside correction occurs.

Alternatively, a downside reversal below the 130.00 level could bring sellers back into play, with the price likely sinking to meet the 23.6% Fibonacci of 129.39. The presence of the 20- and 200-day SMAs in the region is flagging that any violation at this point could develop into a sharper decline. If true, the sell-off could ramp up towards the 128.30 – 127.92 zone. Beneath that, the pair could create a new lower low at 127.30.

In brief, EURJPY has probably another bullish card up its sleeve before the next bearish round takes place. A close above 130.49 could confirm an extension up to 131.00 -131.32. 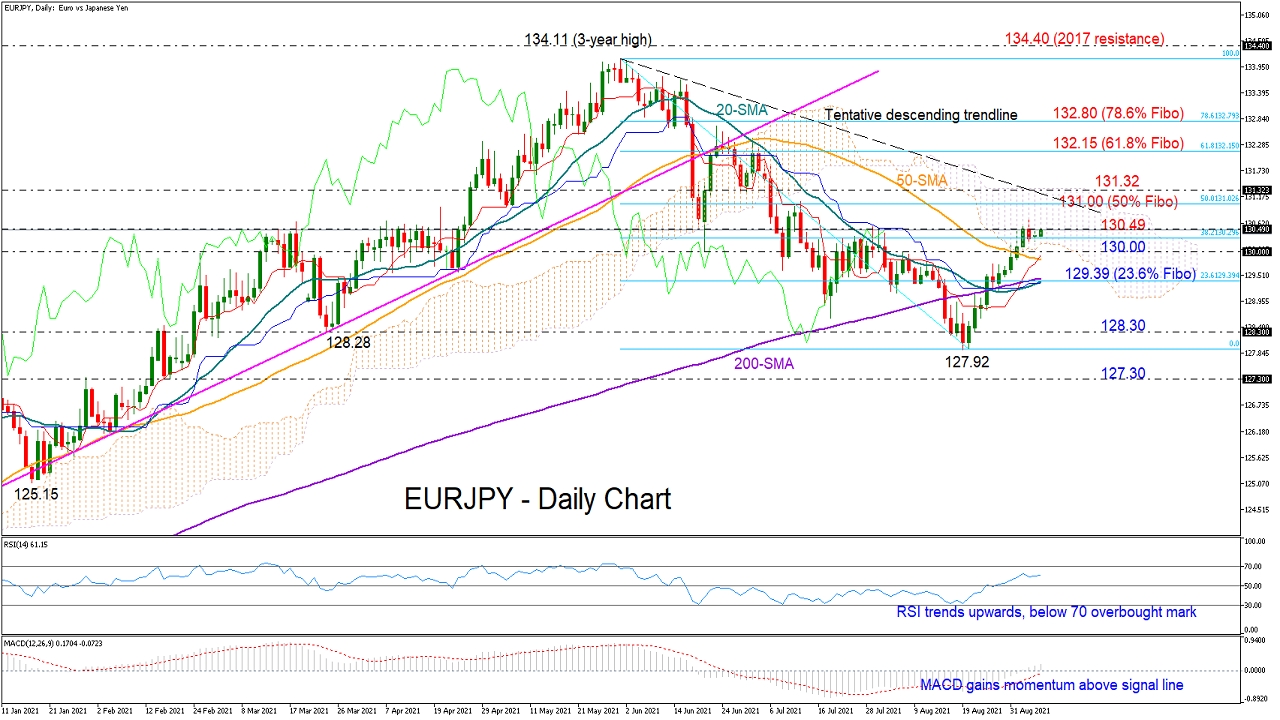 Disclaimer: Fusion Media would like to remind you that the data contained in this website is not necessarily real-time nor accurate. All CFDs (stocks, indexes, futures) and Forex prices are not provided by exchanges but rather by market makers, and so prices may not be accurate and may differ from the actual market price, meaning prices are indicative and not appropriate for trading purposes. Therefore Fusion Media doesn`t bear any responsibility for any trading losses you might incur as a result of using this data.
See also  Vinco Ventures ($BBIG) Bullish setup forming