For the traders hoping that the new year would bring a respite from the constant poll watching and political wrangling that characterized the end of 2020, I’ve got some bad news for you: the market is once again hyper-focused on a high stakes US election.

Because no candidate received a majority of the vote for either of Georgia’s Senate seats on 3 November, the state is holding a runoff election for both seats today, and the stakes couldn’t be higher. With Republicans currently holding 50 Senate seats and Democrats at 48, a Democratic sweep today would put control of the nation’s lawmaking body in the hands of the liberal party for at least the next two years (note that Vice President—soon to be Kamala Harris—casts the deciding vote in the event of a tie).

Unified control of the Presidency, House of Representatives, and Senate could allow Democrats to enact some of their more ambitious policies, including greater environmental protections, clean energy projects, and crucially, more fiscal stimulus.

What are the polls saying?

After a brief election night scare for pollsters, the 2020 election ultimately fell within the margin of error for most polls, with challenger Joe Biden winning the popular vote by 4.5% and ultimately securing 306 electoral votes. Ahead of the Georgia Senate runoff votes, polls are suggesting an exceedingly tight race: 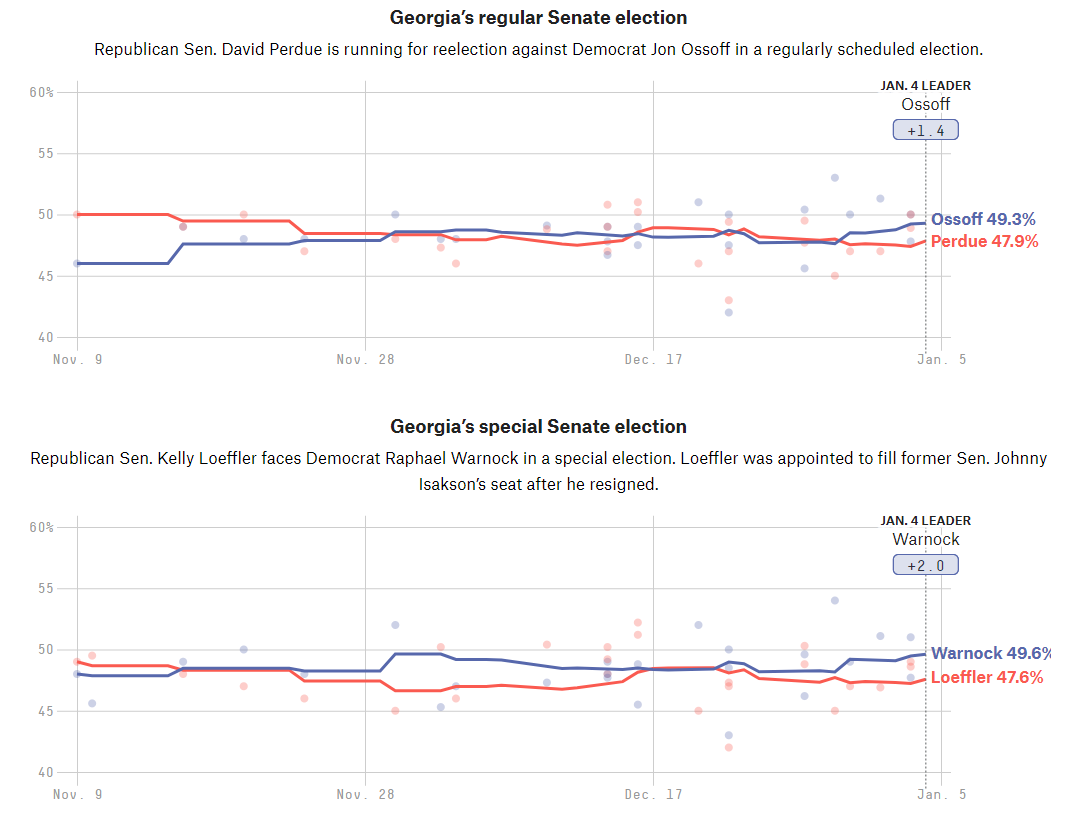 While the Democratic candidates, Jon Ossoff and Raphael Warnock, have seemingly taken miniscule polling leads in recent weeks, it’s worth noting that Republicans have historically gained ground in runoff elections, and some independents may be motivated to vote for Republican candidates to check the power of Democrat control of all three houses. Either way, it’s shaping up to be a close race that could have dramatic market implications.

How will markets react?

With Democrats needing to flip both seats in the historically Republican-leaning state, traders are still betting on a Republican-controlled Senate, and therefore a split Congress, for the next two years. From a trading perspective, that means that the market reaction is likely to be more limited if either Republican candidate, David Perdue or Kelly Loeffler, wins their race. Meanwhile, a Democratic sweep would likely lead to a larger move because it’s perceived as the lower probability outcome.

In terms of key markets to watch, the may be the most important. The world’s reserve currency has been trounced in recent weeks as the US struggles to contain the COVID-19 pandemic and government debt loads rise on continued stimulus.

A Democratic sweep would make more aggressive economic restrictions and more fiscal stimulus more likely, potentially extending the rally in , whereas a victory by at least one of the Republican candidates could lead to a short-term pullback in the pair: 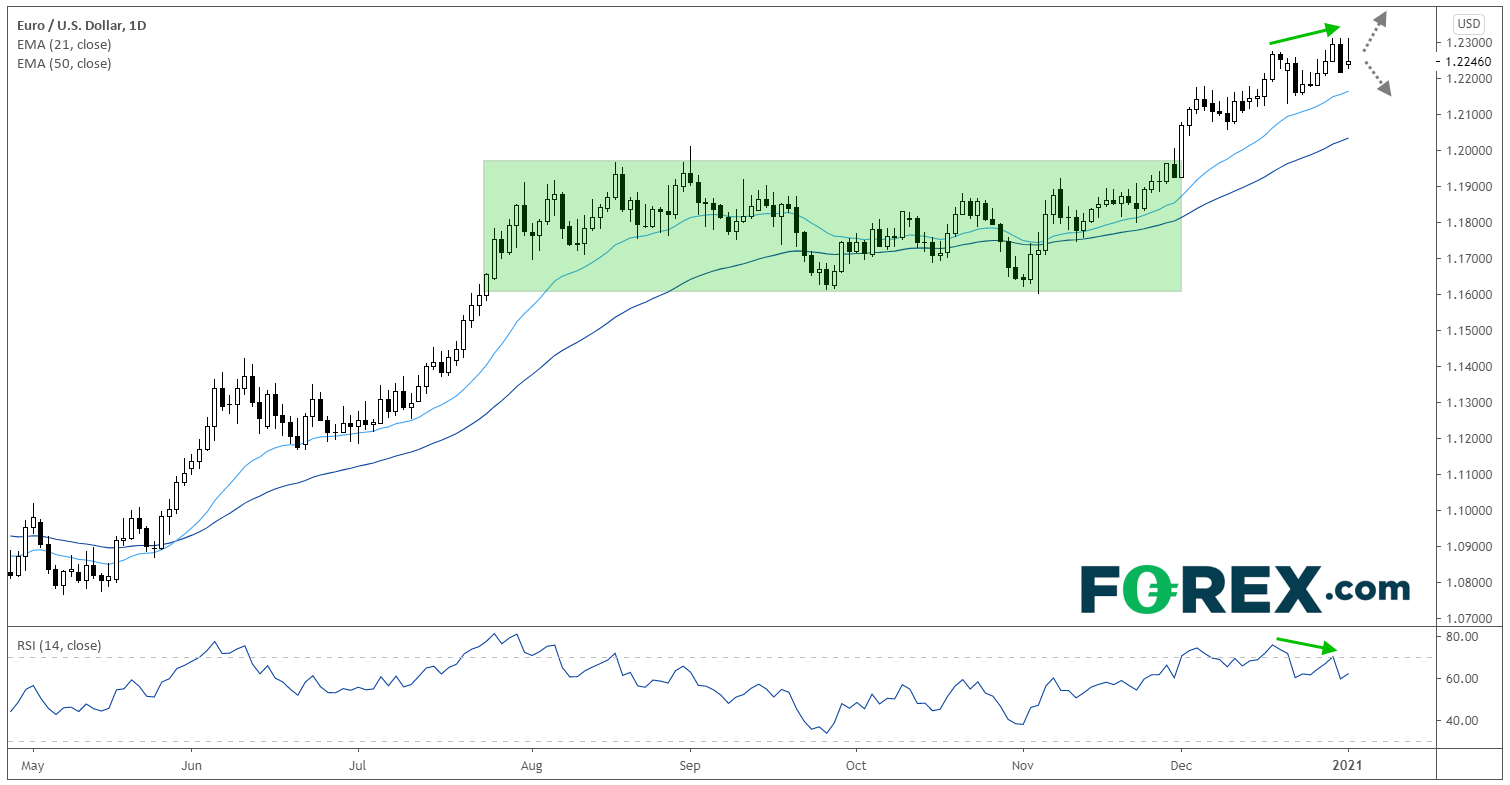