has been in a consecutive wedge bottom since June 18. That increases the odds of a break above the month-long bear trend line and then a rally up to the July 9 lower high. The rally could reach the June 25 high over the next few weeks.

Today triggered a buy signal, but so far, it’s a small bear day; a trading range day on the 5-minute chart. 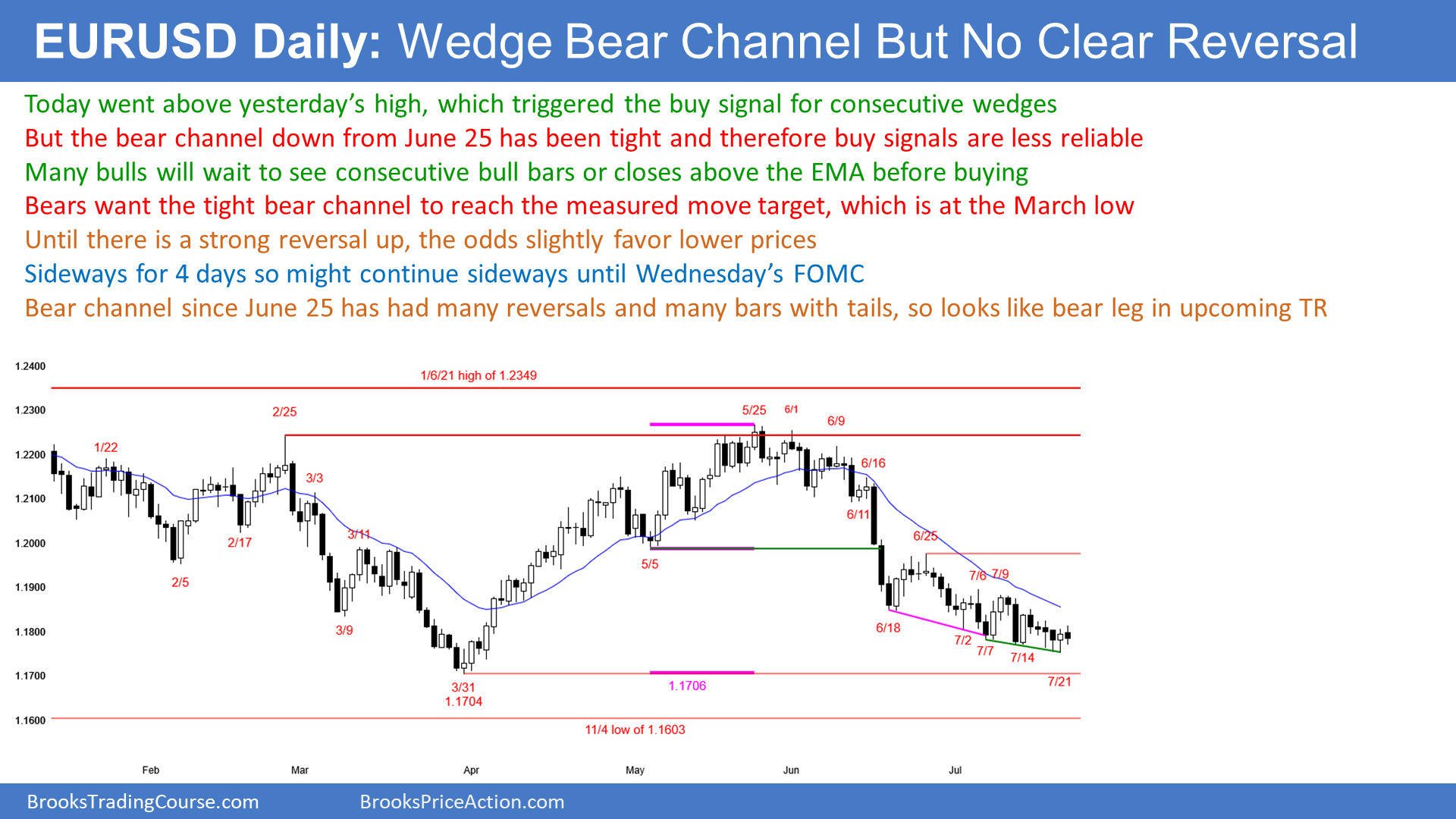 A buy signal in a tight bear channel is a low probability. Many bulls will wait to buy until they see either a couple of big bull bars or a breakout above the EMA. Until then, odds favor at least slightly lower prices.

Since EUR/USD has been trading sideways for 4 days, there’s an increased chance of more sideways, possibly until Wednesday’s . If today closes near its low, it will be a Low 1 sell signal bar for tomorrow. But after 4 sideways days and consecutive wedges, it would be a weak signal, just like yesterday was a weak buy signal. That means sideways is more likely than up or down.