Today so far is a bull inside day after consecutive bear days in a 6-week tight bear channel.

There is now a micro wedge with the Sept. 20 and Oct. 6 lows. The first reversal up in a tight bear channel is typically minor.

However, the daily chart is oversold and almost at important targets below. That increases the chance of a reversal up to above the August 20 low at any time.

I have been saying that the probably will have to dip below the Mar. 9, 2020 high because that was last year’s breakout point.

The June 10, 2020 high of 1.422 is also a breakout point and a magnet below. Additionally, it is at a measured move down from the July 30/September 3 double top. Since there are 2 reasons to get there and the momentum down is strong, the EUR/USD will probably test it as well.

When a market reaches a measured move below a double top bear flag, profit takers typically come in. There will probably be at least a 2-week rally from the breakout points at around 1.15 or 1.14.

If it comes after dipping below the Mar. 9, 2020 breakout point, it could be the start of a rally over then following few weeks. 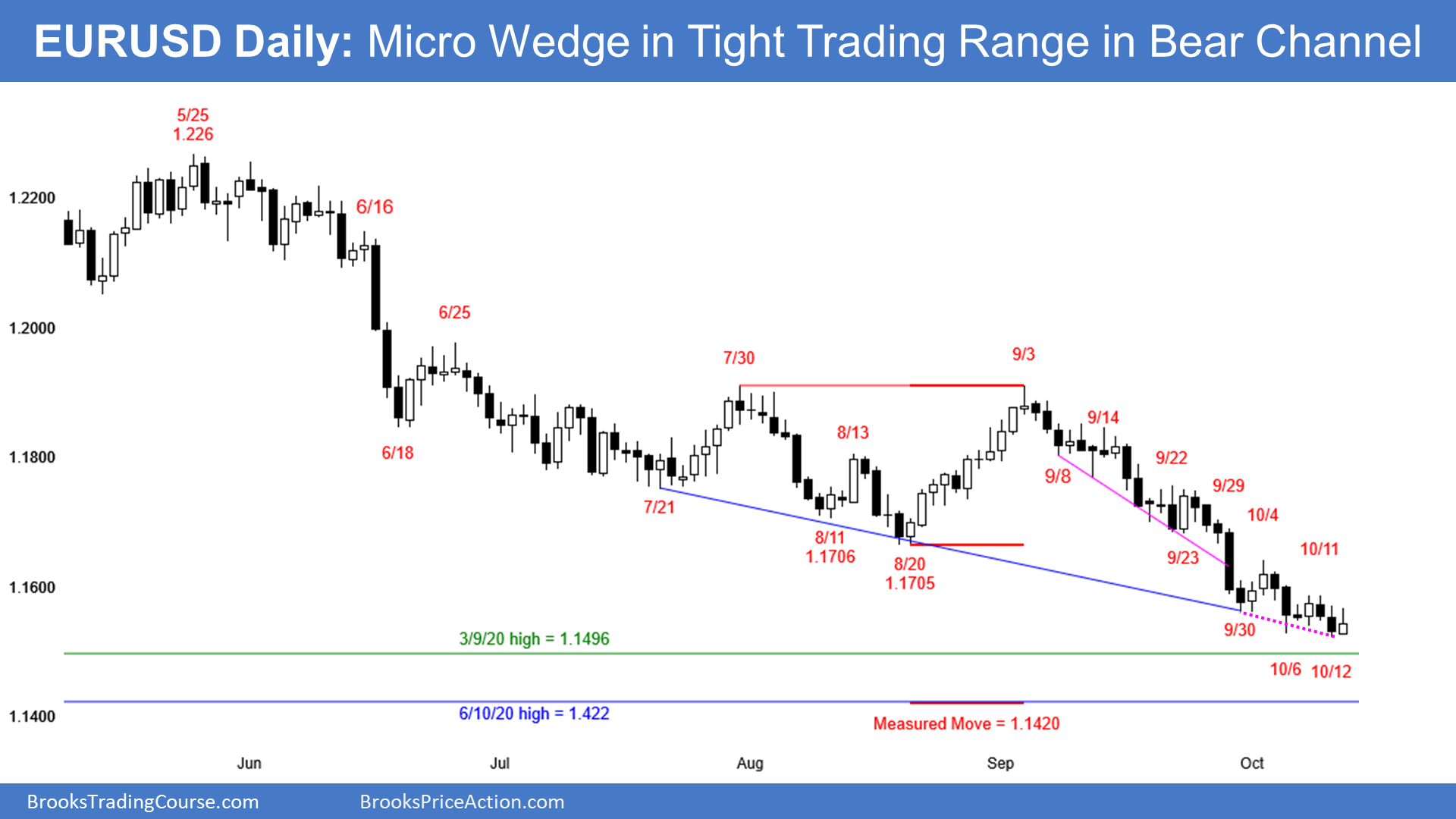 Disclaimer: Fusion Media would like to remind you that the data contained in this website is not necessarily real-time nor accurate. All CFDs (stocks, indexes, futures) and Forex prices are not provided by exchanges but rather by market makers, and so prices may not be accurate and may differ from the actual market price, meaning prices are indicative and not appropriate for trading purposes. Therefore Fusion Media doesn`t bear any responsibility for any trading losses you might incur as a result of using this data.
See also  Bitcoin Shows Signs of Short-Term Exhausti