ran out of bullish steam around a new 3-year high of 134.11 last week, with the price shifting southwards to seek support near the 20-day simple moving average (SMA) at 133.13.

The pair is currently trading comfortably above the key ascending trendline, and the positive gap between the 20- and 50-day SMAs has further widened, increasing speculation that the upward pattern could see more extensions before fading out.

As regards the price momentum, some weakness cannot be ruled out since the pair is hovering near the 2017 ceiling of 134.40. The recent downfall in the RSI, the pullback in the MACD, as well as the price’s drop below the supportive red Tenkan-sen line are further endorsing this narrative, while the dip in the Stochastics has yet to reach a bottom in the oversold area, keeping the bearish scenario in favor too.

The 20-day SMA should give way for the bears to speed up to meet the tough ascending trendline and the 50-day SMA at 131.80. The restrictive surface of the Ichimoku cloud is in the same location, adding extra importance to the region, while not far below, the swing low of 130.96 could be the last opportunity for a rebound before a more aggressive sell-off develops towards 129.55.

In brief, trend signals remain encouraging for EURJPY, though some caution is warranted as a downside correction could precede any progress in the market trend. 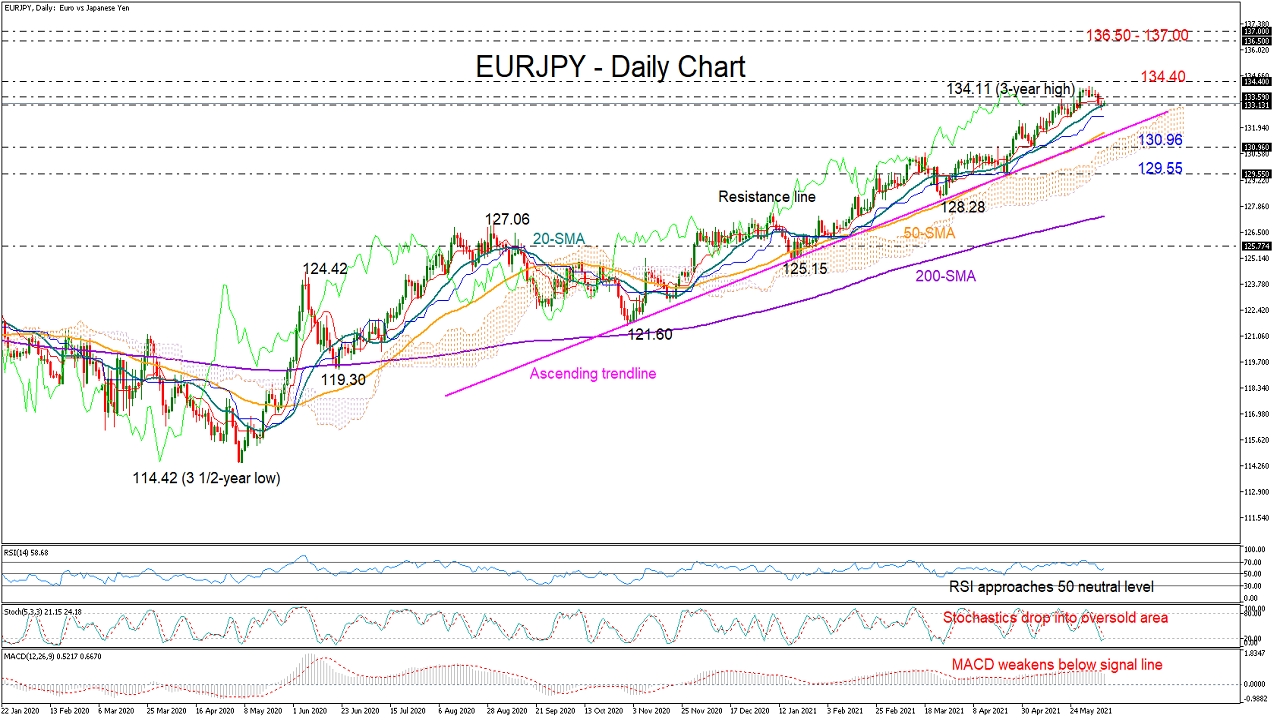