The focus this session will be firmly on the ECB’s monetary policy announcement at 1145 GMT (1245 BST) and the subsequent press conference by the Eurozone central bank’s President Christine Lagarde at 1230 GMT. The ECB recently announced a more flexible inflation-targeting strategy so many analysts are expecting to hear news of a change in the pace or size of its asset-buying programs.

However, this has arguably been priced in to the Euro markets already and the principal risk, therefore, is that the ECB will be less dovish than forecast and that EUR/GBP will rally in response – particularly given the drop in the cross over the past couple of sessions. 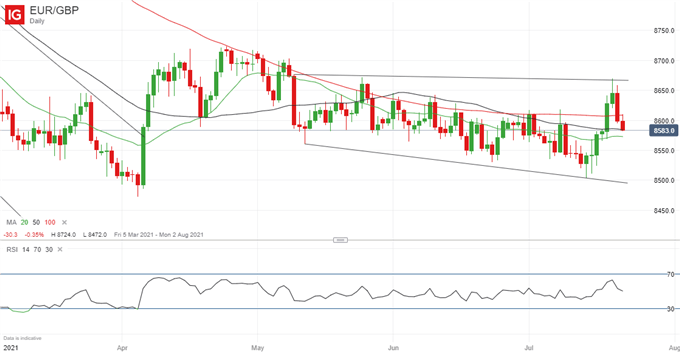 Note that the ECB is already seen as one of the most dovish of the major central banks and is widely expected to be one of the last to tighten monetary policy in this cycle, alongside the Swiss National Bank and the Bank of Japan. By contrast, the Bank of England is seen as in the middle of the pack, giving Sterling an underlying bid against the Euro, although this too has arguably been priced in already.