EUR/GBP fell back Thursday after the European Central Bank tightened monetary policy only minimally, and barely reacted at all to Friday’s mixed bag of UK economic data that showed lower than expected increases in growth offset by better than predicted industrial production figures. 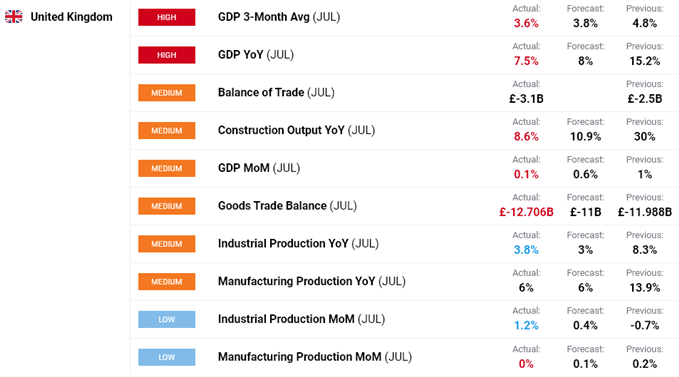 That means next Tuesday’s UK labor-market figures and, especially, Wednesday’s inflation data are next up for fundamental GBP traders. The consensus among economists polled by the news agencies is that the headline year/year inflation rate will increase to 3% from 2% but an undershoot is possible given the weak GDP data and that would help EUR/GBP to rally, perhaps to the 0.86 if that level has not already been reached by Wednesday.

Note that Bank of England Governor Andrew Bailey said this week that the BoE’s monetary policy committee was evenly split in August on whether the basic conditions for a rate hike had been met. Still, signs are growing that the BoE is edging towards reducing stimulus and that will remain true even if inflation undershoots.

Nonetheless, Thursday’s fall in EUR/GBP looks overdone and a reaction higher would be no surprise.