The S&P 500 is coming off record highs, but so far it is doing so in a controlled manner that smacks more of a correction than anything else. That could change of course, but for now we will run with the behavior being presented.

Watch support coming up via a lower channel line extending higher from May. It was recently validated as support, but will it continue? As long as momentum doesn’t push price through it could act as a solid risk/reward spot for traders to enter in the direction of the trend.

A strong break would be reason to back off a cautiously bullish outlook, and depending on the manner in which it would occur, and outright bearish stance may be warranted. For now, though, focused on running with the trend. 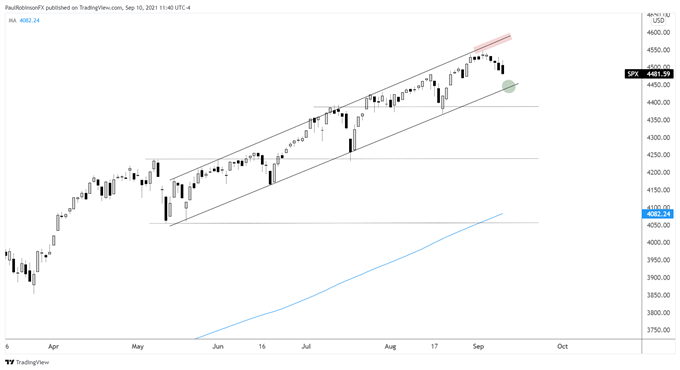 The Dow Jones is in a more precarious position as it heads towards the possibility of making a lower low under the August low at 34690. This would start to bring into question the integrity of the uptrend, but until the broader S&P 500 breaks it isn’t overly concerning. From a tactical standpoint, however, those looking to establish bearish bets on stocks may want to look to the Dow instead of the stronger S&P 500 and Nasdaq 100. 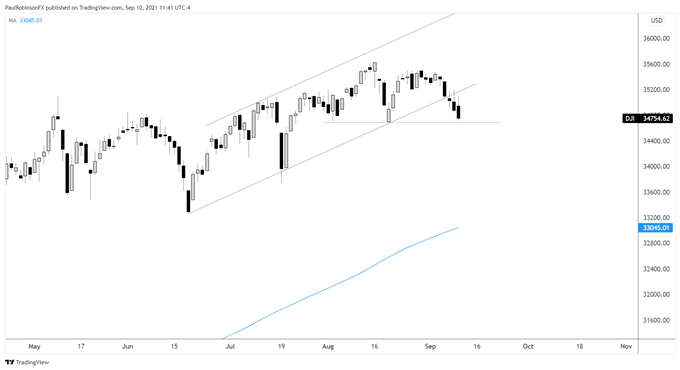 The Nasdaq 100 continues to hold its ground, and while that may soon change it is considered the go-to option still for would-be longs. If sideways movement can maintain, then look for another attempt higher above the top-side trend-line extending over from a year ago. If we see selling begin to pick up here soon, then keep an eye on how things play out at the rising May trend-line. 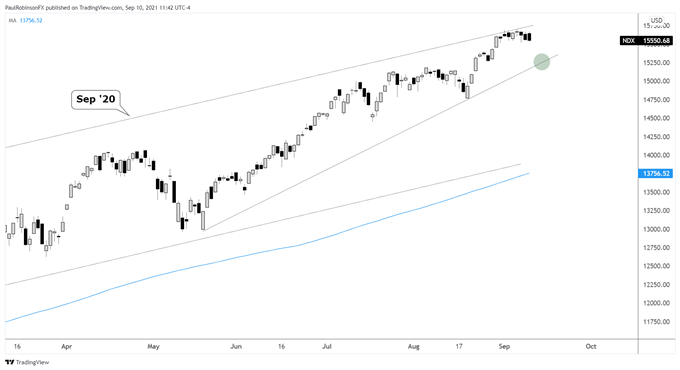