Subjective: Based on or influenced by personal feelings, tastes, or opinions.Proceeding from or taking place in a person’s mind rather than the external world.

Subjective traders they are intertwined with their trades.Their signals are generally entering out of greed and exiting based on their own internal fear. The believe in their opinions more than the actually price action. They base trades off of whether they are feeling good or bad about a particular trade. A subjective trade comes out of the imagination of the trader, from their own beliefs, opinions, and what “should” happen in their view. Many times reality is not even cross checked as a reference, and if it is the subjective traders sees what they want to see instead of what is really going on. Their compass is their emotions and they have internal goals other than making money. 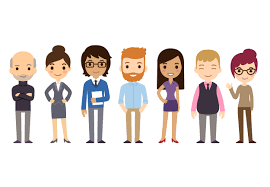 Objective: (Of a person or their judgment) not influenced by personal feelings or opinions in considering and representing facts. Having actual existence or reality.

Objective traders have a quantified method, a system, rules, and principles they trade by. They know where they will get in based on facts, and where they will get out based on price action. Objective traders have a written trading plan to guide them. The guides of the objective trader is historical price action, charts, probabilities, risk management, and their edge. They react to what is happening in reality in quantifiable terms that can be measured. They go with the flow of price action not the flow of internal emotions.

Don’t be inside of your trade emotionally and don’t attach your ego to it. Be the trader that witnesses the trade from an emotional distance with curiosity. If you can find that space within that is between yourself and the trade your trading will become very different and probably more profitable. When you can approach the results of your trades with equanimity whether they are wins or losses then my friend you are at the next level.