The DAX has recently taken a breather after acting as one of the stronger global indices, and though this the case it still looks generally healthy. As it stands the DAX is finding support around the 15071/85-area.

On the top-side there is a trend-line running over from January that has helped with keeping a floor in thus far, and on it a consolidation pattern is forming. Should we see on a closing daily basis, a drop through 15071, the late October trend-line runs higher in the 14900s. This would be an important line to hold to keep the DAX still postured bullishly.

Looking higher, the DAX needs to cross 15355 to get rolling higher and then cross over the 15501 level to break into new record territory. 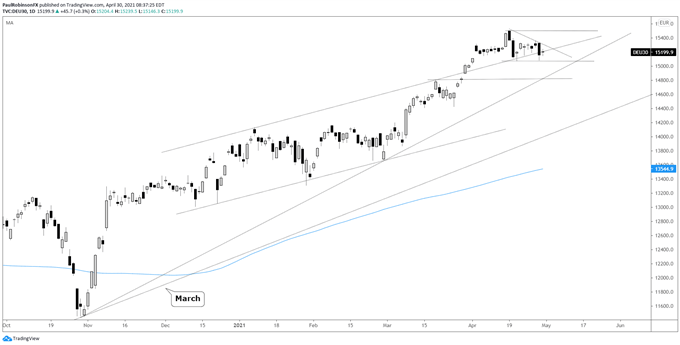 The CAC 40 continues to be the stronger of the two largest European indices, busting out to a new cycle high yesterday. There is a channel continuing to form that is being used as a guide for higher levels. The lower parallel is viewed as near-term important to keep things moving along. Looking higher, the next major level in focus is the 2000 record high at 6944. It will take a bit of a drive from here to get there, but if risk trends remain firm it may not be too far off. 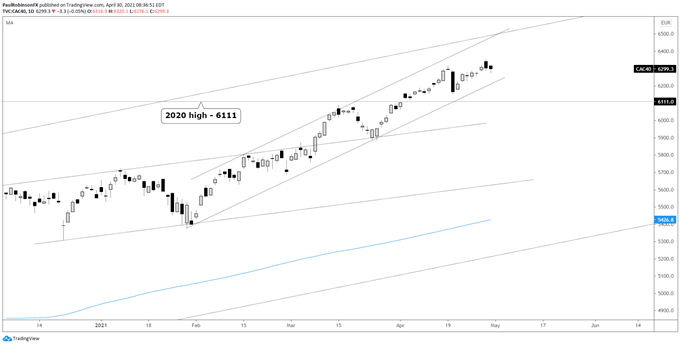