The FTSE 100 initially fell during the trading session on Thursday to reach down towards the 7000 level before finding quite a bit of buyers. That being said, the market did turn things around and show signs of life again. Ultimately, this is a market that seems to have no real concern about breaking down, and it also seems as if every time we drop there are people willing to get involved.

When you look at this chart, you can clearly see that the 50 day EMA had been walking along the bottom of the ascending triangle, and if you look at that uptrend line from the ascending triangle, you can see where it would extend out to sit just below current pricing. With that being the case, the market could very well find itself in a scenario where we are looking for the 7200 level will be targeted, as every time we drop there are buyers willing to get involved. Remember, the FTSE 100 represents an economy that is reopening, and it of course is reacting as such. Furthermore, central banks around the world continue to press the issue with liquidity and that of course has people looking to buy assets in order to preserve wealth as potential inflation could eat away purchasing power.

Beyond all of the big things, it is easy to simply look at the chart to say that the 7000 level has offered support, and that is really is difficult as you need to make this. If we break down below there, then the 50 day EMA and of course the 6800 level could come into play as well, as we would see plenty of interest there as it was the top of an ascending triangle previously, and of course would in and of itself attract a certain amount of attention. Because of this, I do believe that this is a “buy on the dips” scenario, and if we can break above the 7200 level it is likely that we could go looking towards the 7400 level, followed by the 7500 region which is my longer-term target. In the meantime, expect things to be rocky and choppy to say the least, but that is the way all markets are right now, so it is not a huge surprise. 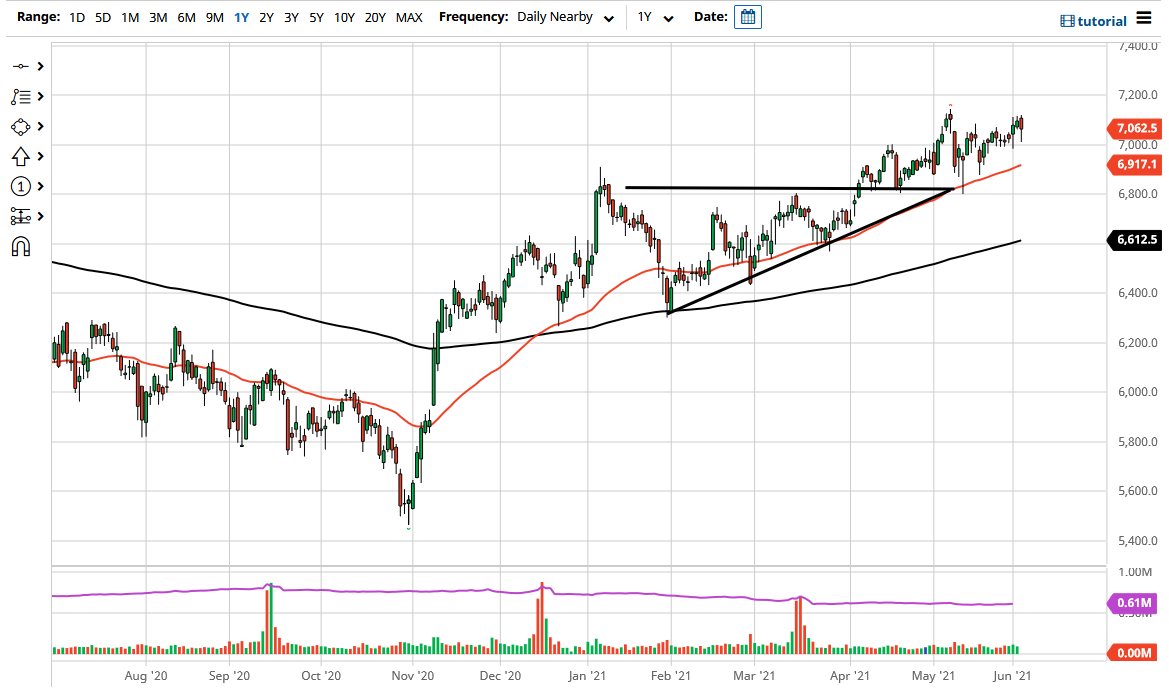