The GBP/USD pair prolonged its recent upward trajectory and gained some follow-through traction for the fifth consecutive session on Thursday. The momentum lifted the pair to fresh three-week tops, around the 1.2670 region during the early North American session.

Bulls might now aim to challenge the very important 200-day SMA, near the 1.2700 round-figure mark. The mentioned level coincides with the 61.8% Fibonacci level of the 1.3515-1.1412 downfall, which if cleared decisively will set the stage for further appreciating move.

Meanwhile, bullish technical indicators on the daily chart support prospects for an eventual break on the upside. However, RSI (14) on the 4-hourly chart is flashing slightly overbought conditions and warrant some caution before placing any aggressive bullish bets.

Nevertheless, the near-term bias remains tilted firmly in favour of bullish traders. Hence, any meaningful slide might still be seen as a buying opportunity, which, in turn, should help limit the downside for the pair near the 1.2600 round-figure mark.

That said, some follow-through selling might turn the pair vulnerable to accelerate the corrective slide back towards the key 1.2500 psychological mark. Failure to defend the latter will negate the near-term constructive outlook and pave the way for additional weakness. 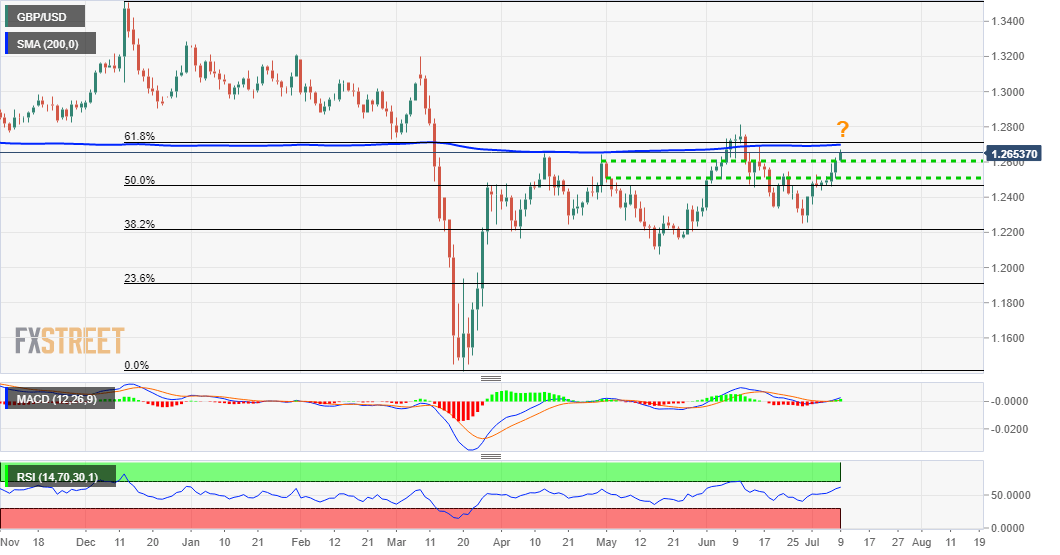