The article was written exclusively for Investing.com

The needs to be monitored closely with the US dollar trying to form a base over the past couple of days. So far, it looks like an oversold rebound, but crucially, the rebound has been accompanied by US bond yields breaking through that key 1.000 level. So, there is a possibility that the greenback could be close to forming a potential low.

Aiding the recovery in yields have been expectations that the Fed and other central banks will, in the not-too-distant future, begin to shrink their huge balance sheets again. This could potentially start as soon as the pandemic is hopefully over, and the world economy is on a sustainable path of recovery.

We have also seen some improvement in US data of late with the , and all beating expectations this week.

Meanwhile, today’s report is expected to show only a modest increase of 60 thousand jobs, a far cry from the big numbers we have been accustomed to since April of last year.

While this nonfarm payrolls report is unlikely to be a game changer for the dollar, there will come a time when economic data will be important again as the Fed and other central banks decide whether to tighten their respective policies again.

For the USD/JPY and the dollar in general, a lot will now depend on whether the breakout on the 10-year bond yields can hold above THIS shaded region: 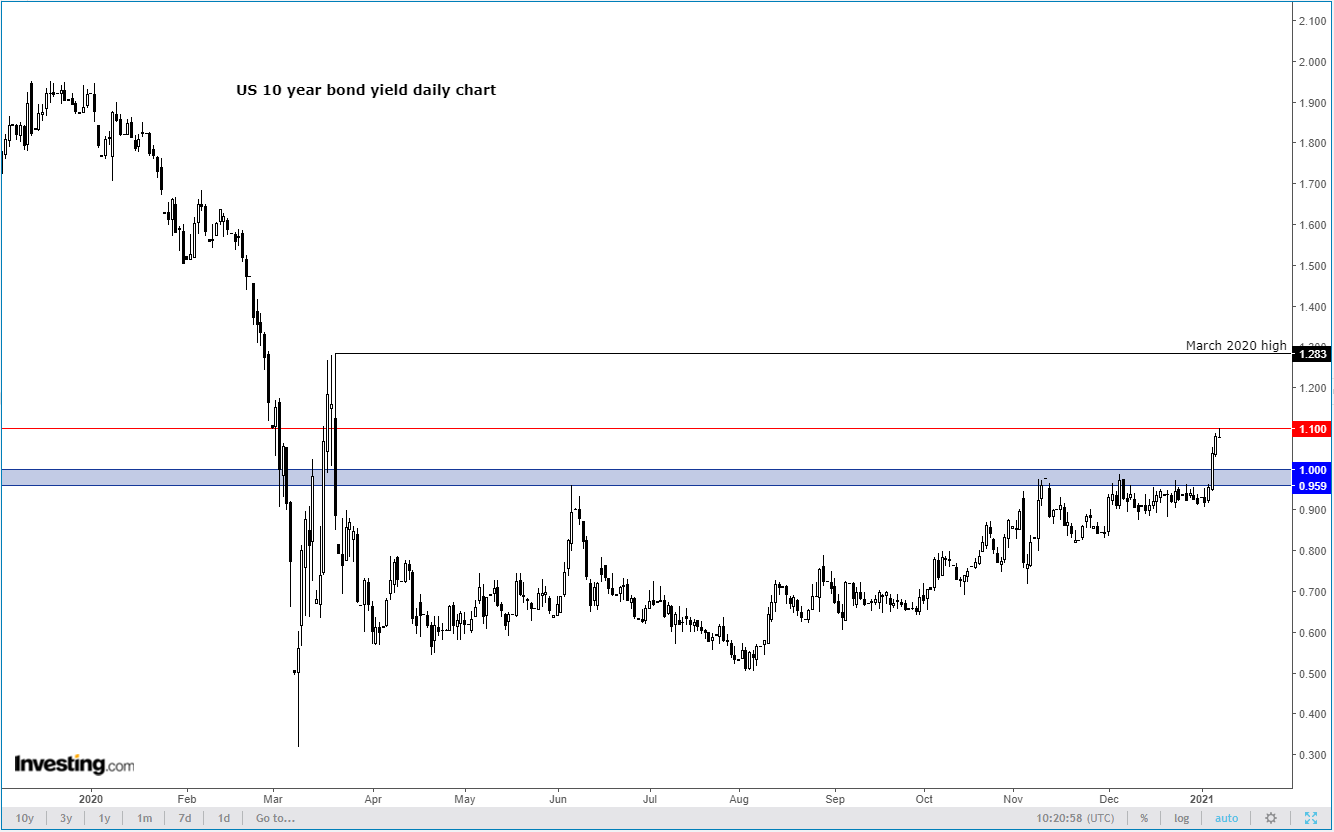 Failure to hold the breakout could see renewed falls for the dollar and a potential rebound for . However, if this turns out to be a decisive breakout, then the dollar could be about to make a comeback.

With that in mind, keep a close eye on the USD/JPY which has now risen to a key area around 104. As per the daily chart below, this level was previously support and resistance and where a bearish trend line converges: 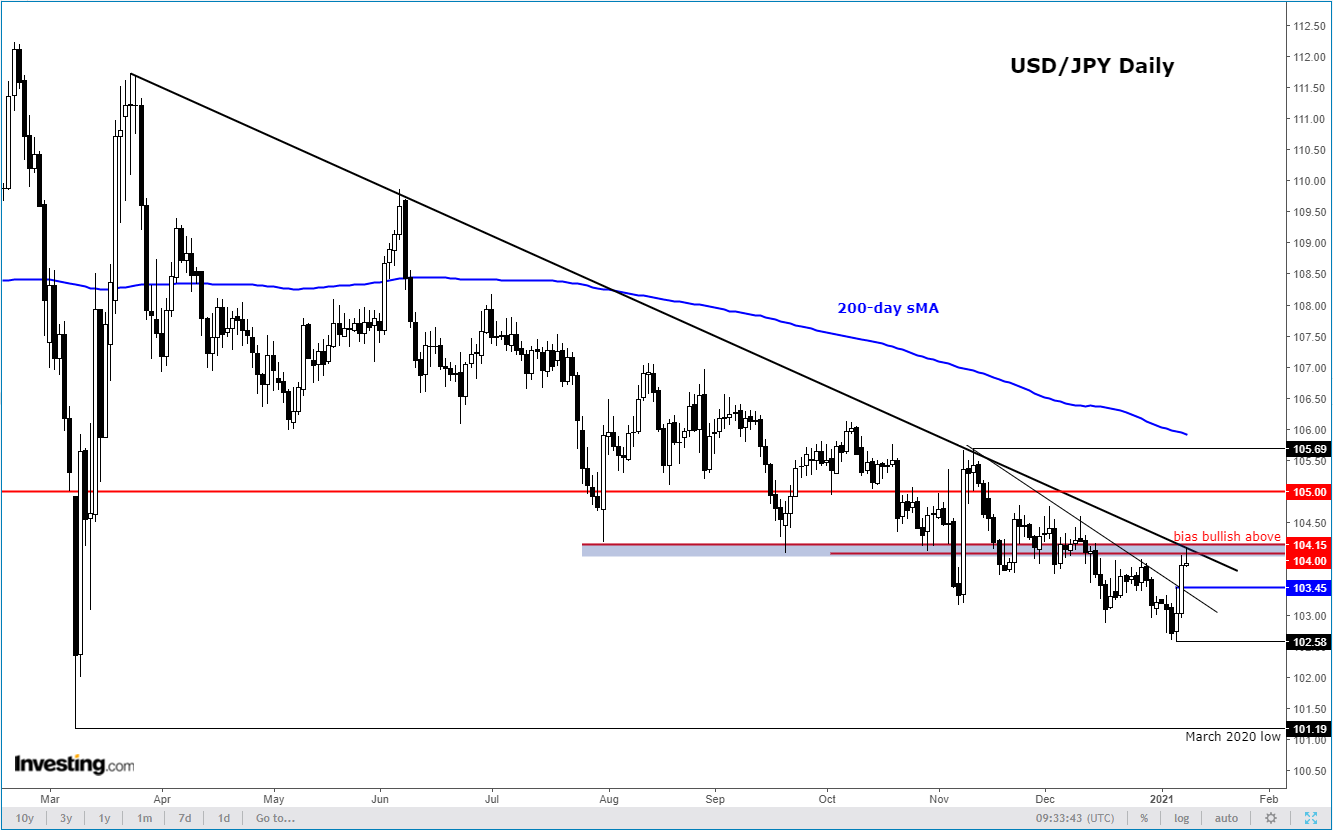 Thus, until this level breaks decisively, the trend is still objectively bearish despite the sharp rebound we have seen over the past couple of days.

A clean break above this resistance area could target 105.00, but potentially we could see an even larger rally as the bears abandon their bets.

If resistance holds, however, then the first bearish target or short-term support comes in at around 103.45, Wednesday’s high. A daily closing break below this level would signal the resumption of the larger downtrend.

So, in short, keep a close eye on the USD/JPY and wait for price to show you the direction. Then, trade it in the direction of the breakout.