This article was written exclusively for Investing.com

Following its big recovery in 2020, has started to look bullish again after a period of consolidation. Is the cable finally ready to clear the 1.40 barrier?

Fundamentally, the pound is continuing to find decent support from ongoing optimism over the re-opening of the economy, with the UK having eased lockdowns progressively over the past couple of months.

Domestic data has already responded with both flash and PMIs having climbed above 60.0, jumping 5.4% in March and going through the roof.

Although and wage inflation have remained relatively soft which should make the Bank of England’s job easy, ahead of the central bank’s meeting in the week ahead, input costs are nonetheless rising as the increases in prices of raw materials are exacerbated by a strengthening pound.

With domestic demand set to rise further as more lockdown restrictions are set to ease in May, and given the surging commodity prices as well as a strengthening exchange rate, inflation could rise rapidly in the months ahead. This should reduce the need for emergency stimulus measures from the Bank of England.

It is quite possible therefore that the BoE may start to turn a tad more hawkish in the months ahead. As speculation over tightening of monetary policy grows louder, this should underpin government bond yields and support the pound.

Meanwhile, the technical outlook on the cable is also looking more and more constructive. 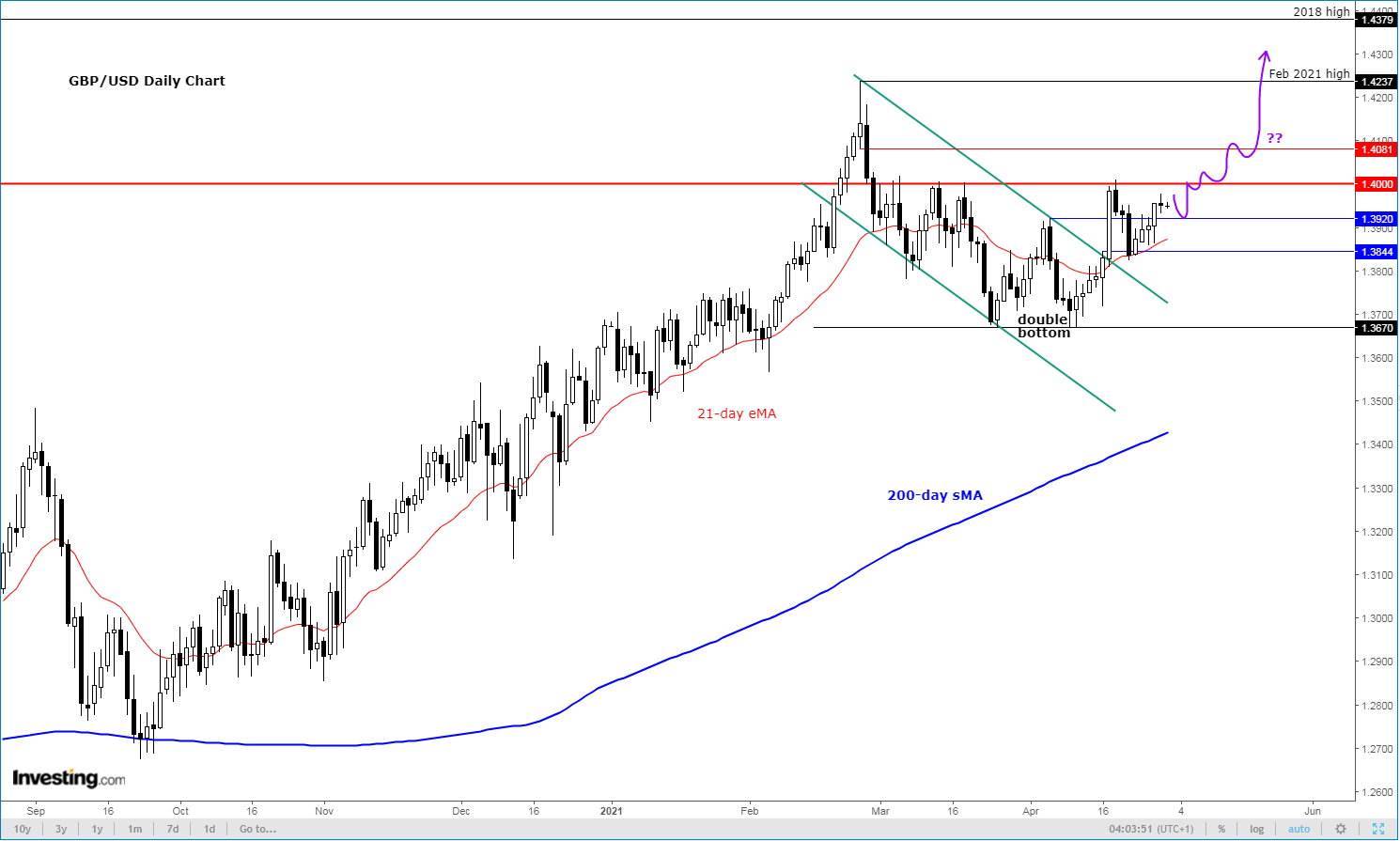 That breakout saw the cable climb to the key 1.40 hurdle last week, before it got slapped back down. However, it has managed to hold its own relatively well since then as it found good support around the point of origin of the bull flag breakout circa 1.3840 – 1.3850 area.

Notice also that the latest retreat from the 1.40 level has been relatively shallow compared to the previous rejection of this psychologically-important handle. This suggests that the selling pressure is waning, which thus increases the prospects of a bullish breakout.

So, could we see a nice move higher in the cable, as per my drawing on the chart? I certainly wouldn’t bet against it!