90.2k jobs have been added to the Canadian economy to mark 3 successive months of labor force additions. The August additions have subsequently resulted in a better than forecast (7.3%) drop in unemployment to reach 7.1%. The Canadian dollar had been trending lower on the one minute chart in the lead up to the data and continued modestly lower in the moments after the release. 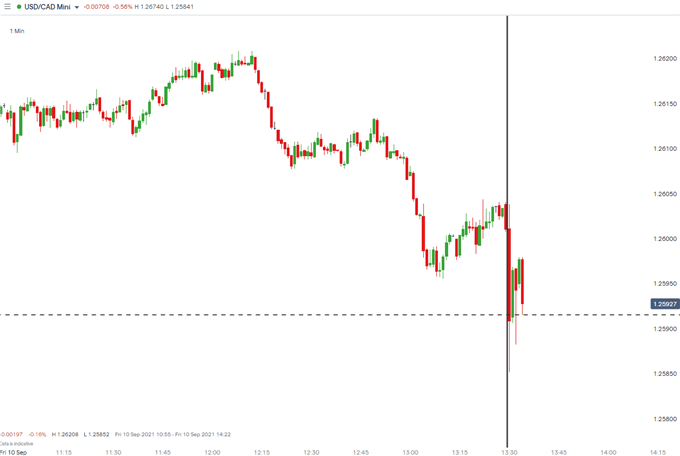 Canada has experienced a rather choppy labor market recovery, with jobs being added, as well as, subtracted from the labor force since losing nearly two million jobs in April 2020. However, the last two jobs prints have been positive coming in at 230.7k and 94k for June and July respectively.

The North American nation has benefitted from the persistent rise in both the demand and price of oil as the global economic recovery continues despite challenges relating to the spread of the Delta variant. The Canadian dollar benefitted from a steady decline in USD/CAD ever since peaking in March 2020, but has given up some of those gains in the early stages of H2 as the US dollar mounted a comeback. 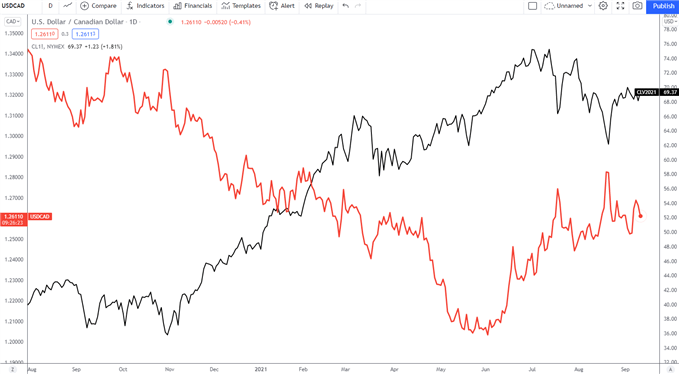 Next up for CAD: