The Canadian dollar has been unusually busy in the European session and has lost ground to the . is currently trading at 1.2649, up 0.43% on the day.

Retail sales could weigh on the Canadian dollar

Canada posted strong numbers in August, as the headline read came in at 2.8% y/y and the release at 2.1%. However, the markets are bracing for a sharp turnaround for September, with a consensus of -1.7% and -1.0%, respectively. A significant decline would put into question the extent of the recovery and could sour investor sentiment towards the Canadian dollar. The currency hasn’t posted a winning week since mid-October, and the streak will continue unless retail sales is stronger than expected.

With inflation continuing to accelerate in Canada, the Bank of Canada is under pressure to provide some relief. October climbed 4.7% y/y, matching the consensus and up from 4.4% in September. Trimmed CPI, which excludes energy, rose 3.3%, matching the gain in September. The headline reading is the highest since 2003, and the markets are watching to see how the BoC reacts.

Earlier this week, Governor Tiff Macklem said that economic conditions were not ripe for a rate increase, but the economy was “getting closer” to a hike. Macklem tried to sound positive and said that inflation will be kept under control, but with October CPI hitting an 18-year high, the markets have their doubts.

There are no economic events in the US today, and the markets are focusing on President Biden’s choice for Chair of the Federal Reserve, which should be announced on the weekend. Jerome Powell was considered a strong favourite until recently, but Fed member Laura Brainard is making a race of it. Brainard is considered more dovish than Powell, and would be expected to raise rates more slowly. If Brainard gets the nod, it could make an immediate, negative impact on the US dollar. 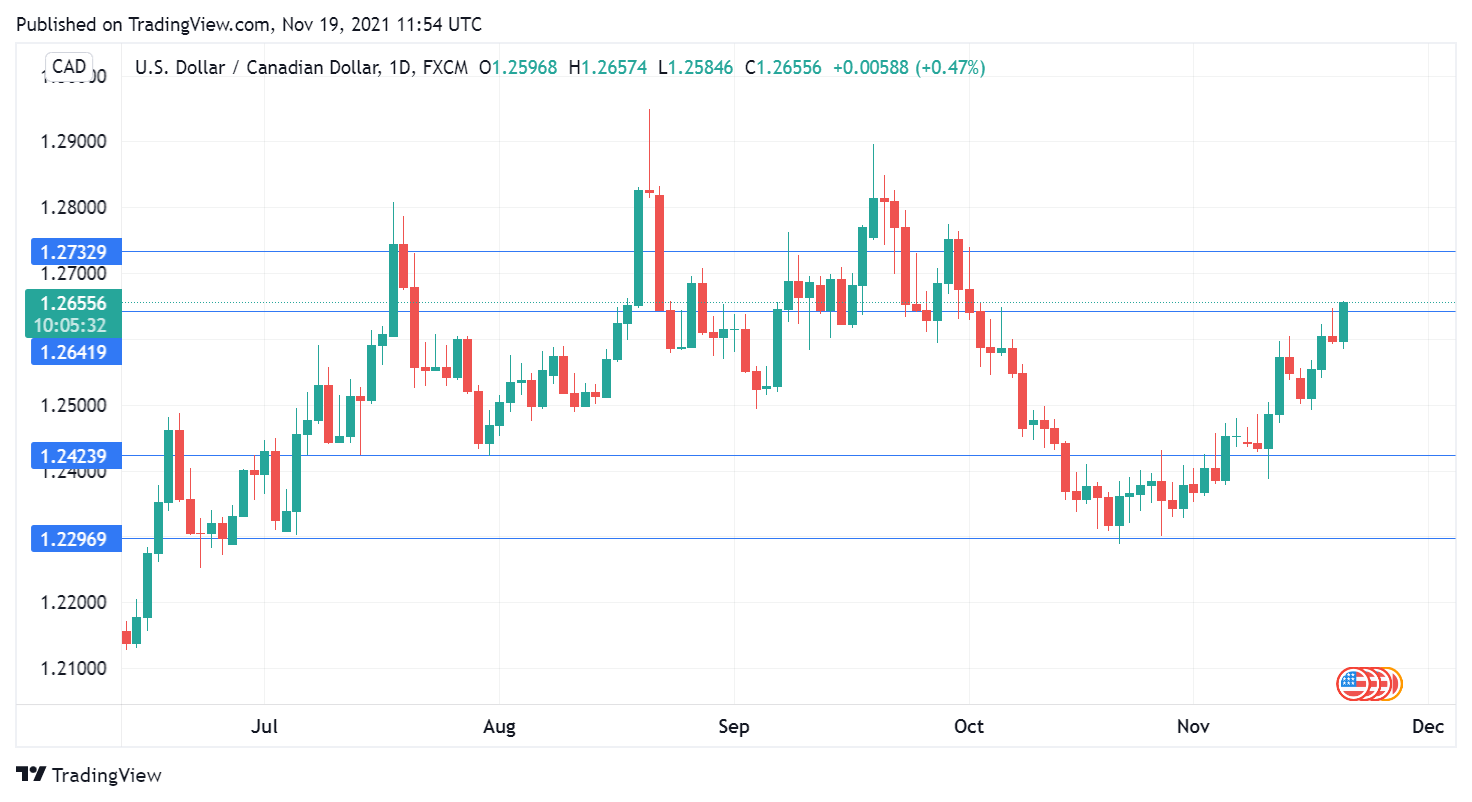 See also  BTC eyes $50K breakout despite most ‘greed’ since all-time highs: 5 things to watch in Bitcoin this week