Let’s wait until the market tells us where it wants to go before putting money to work, as a fake out is very possible.

The Parisian index initially tried to rally during the trading session on Thursday but then turned around to fall again. By doing so, the market ended up forming a bit of an inverted hammer, which sits right on top of an uptrend line. This uptrend line has been important for a while, and now it looks like the €6600 level is what everybody is paying attention to.

It should be noted that stock indices around the world looked a little bit suspicious later in the day, and the CAC was not the loan culprit. If we break down below €6600, it is very likely that we could go looking towards the €6500 level. That is an area that would attract a certain amount of attention, but at the end of the day we could be starting something a little bit more dangerous. The market is likely to see a “groupthink” type of days, as most indices will follow each other up or down. Keep in mind that the CAC is highly sensitive to the overall attitude of luxury goods, and therefore spending by the wealthy. In other words, if we start to see growth in Staples, the CAC will get hammered.

If we suddenly see a huge “buy on the dips” type of situation, then it is likely that the CAC will find buyers. Nonetheless, at the very least that like to see this market take out the top of the candlestick for the trading session on Thursday, meaning that we would break out above the €6700 area, which in and of itself would be a certain amount of psychological importance. Get above the €6800 level then allows this market to go much higher, perhaps reaching towards the €7000 level.

I anticipate that you are probably better off waiting until the market makes up its mind at the end of the day on Friday to put money to work on Monday, because there is going to be a lot of choppy behavior more than anything else. Regardless, this is a market that looks primed to make some type of move, and I have to admit that the candlestick has me thinking to the downside. Nonetheless, let us wait until the market tells us where it wants to go before putting money to work, as a fake out is very possible. 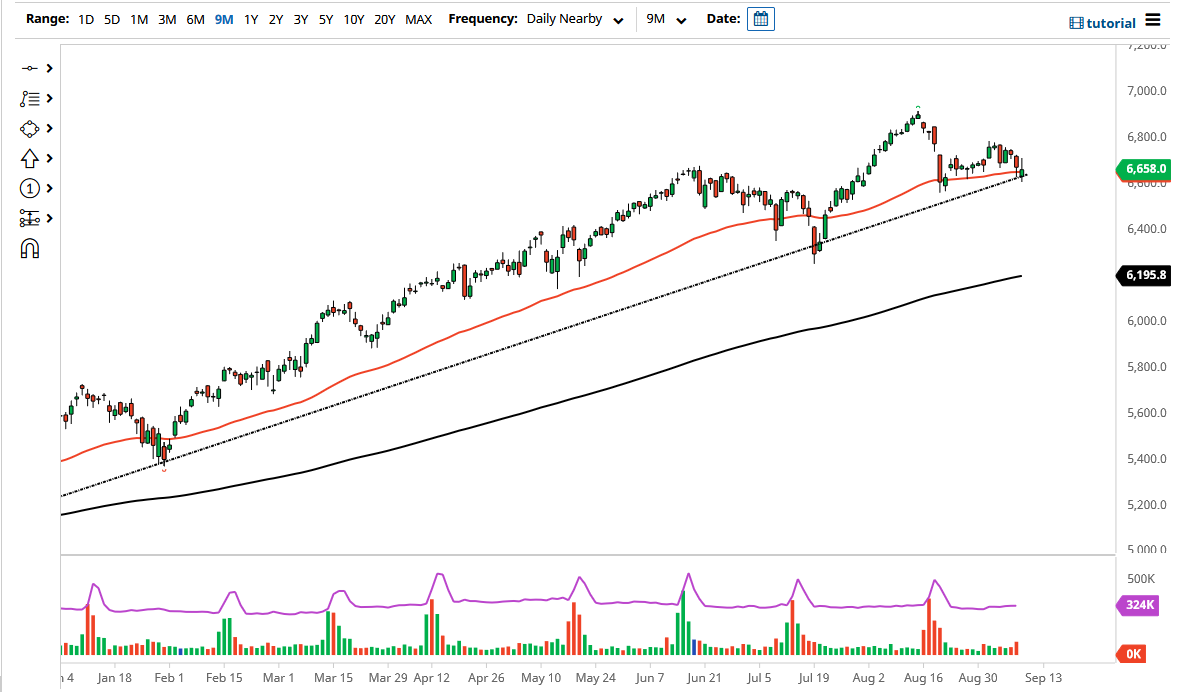