The move also went below the lower band of the 21-day simple moving average (SMA) based Bollinger Band. A close back inside the lower band could suggest that bearishness is pausing. 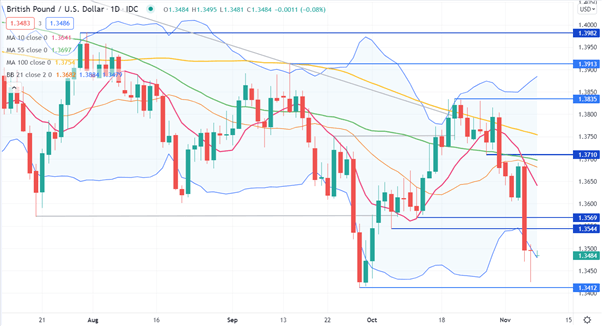 EUR/GBP appreciated sharply last week and broke above a previous high at 0.85184 that could now be a pivot point support level. Near there is the 55-day SMA that might provide support, currently at 0.85265.

EUR/GBP currently sits above the 10-day and 55-day SMAs but below the 200-day SMA. This might indicate that short and medium term momentum could be bullish but that longer term momentum is not. 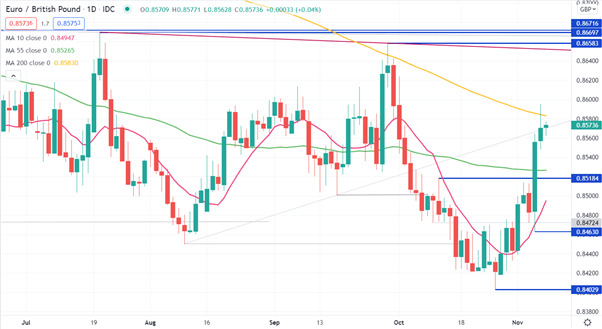